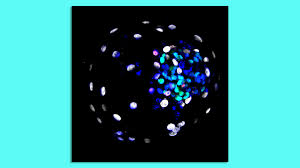 Human stem cells can be grown in the lab into balls of cells that resemble embryos in the earliest stages, my Axios colleague Alison Snyder reports.

Why it matters: The models of the earliest days of human development could help to determine how pregnancies are lost and which genetic mutations can lead to birth defects. They could also be used to screen the effect of drugs on human development and improve IVF therapy success rate.

How it works: A key step in human development occurs about five days after an egg is fertilized by sperm, when the egg divides and forms a structure called a blastocyst with cells inside that become an embryo.

What’s new: In two separate papers published today in Nature, researchers used human embryonic stem cells and skin cells from adults that were reprogrammed to act as stem cells to create structures called “blastoids” that are similar to blastocysts. Two other recent studies, yet to be peer-reviewed, also mimicked early developmental events.

Yes, but: There are molecular differences between blastoids and blastocysts, and the models generated cell types not found in natural blastocysts, suggesting the blastoids wouldn’t develop into viable embryos, the researchers said.

The big picture: Researchers are rapidly developing models of human development and of the brain — events and regions that are not easily accessible.