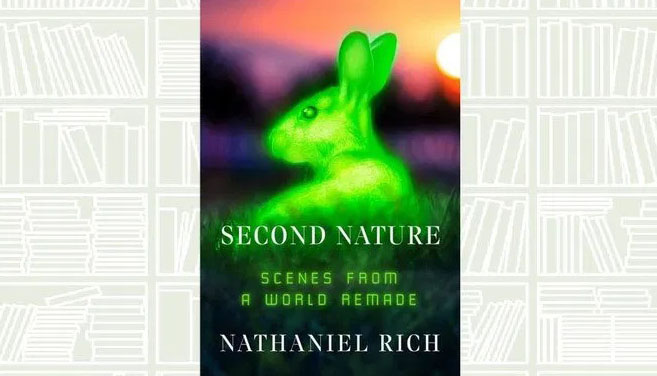 The challenge now, he writes, is to harness those changes and conserve the parts of nature that are “beautiful and free and sacred, those that we want to carry with us into the future.”

Frightening but with an undercurrent of humor, Rich’s study is packed with moving insight.

Rich presents humanity’s war against nature in vivid detail, with nature nearly defeated. “It was a costly victory, however,” he writes. “The prize was civilizational collapse.”

Dahr Jamail said in a review for The New York Times: “Flowing and deeply researched prose paints scene after scene of the ubiquitous entropy that is gaining momentum.”

From Odds Against Tomorrow to Losing Earth to the film Dark Waters (adapted from the first chapter of this book), Rich’s stories “have come to define the way we think of contemporary ecological narrative,” said a review in goodreads.com.

“In Second Nature, ordinary people make desperate efforts to preserve their humanity in a world that seems increasingly alien.”