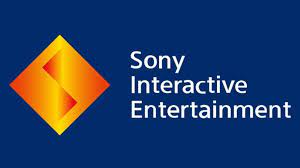 Sony files a patent for a gambling system that could potentially allow PlayStation users to make bets on live esports events.

Despite the rapid growth of esports over the past several years, gambling on events has remained scarce outside of traditional betting markets. That may be changing in the near future based on a recently filed Sony patent, however. The patent is for an automated system that would allow PlayStation platforms to present betting odds to the player, and then allow them to bet and claim rewards if their bet proves successful.

The patent was filed on May 13 by Sony Interactive Entertainment and is titled “E-Sports Betting Platform.” Notably, it never mentions PlayStation throughout the document. Rather, it refers to generic “computer simulation” devices from which a viewer can be presented wagers. Further, the odds presented to the viewer are calculated on the platform or online through analysis of past game analytics, or determined pari-mutuel.

It imagines an esports event being shown via a cable or satellite source. A device, potentially even a PlayStation 5, would be able to present betting odds to the player based on past results from events featuring the same teams. That information would then be displayed to the viewer, potentially even using a virtual reality device, and these odds will change over time.

The system doesn’t just present waging odds, of course. It’s a betting system, so taking bets is also part of what’s described. The system even goes further, catering betting propositions based on the bettor’s history, and if they’re being successful an example is shown that allows the bettor to either cash out for half of their winnings immediately or to “double down.” Thus this isn’t just a fun betting gimmick, it is a full-fledged gambling feature.

This patent begs the question of what exactly is Sony Interactive Entertainment is doing patenting a gambling system for esports events, but there are no immediate answers. The video game industry is already fighting back against loot box due to their association with gambling, so it’s difficult to imagine such a system on PlayStation without a massive response. That said, PlayStation did just buy the Evolution Championship Series, the biggest fighting game esports event in the world.

What PlayStation is likely doing is putting a patent up against the possibility of esports gambling becoming a bigger thing in the future. It perhaps doesn’t mean anything for now or the foreseeable future, but in so many years perhaps esports gambling will be much more popular than it is now, in which case Sony could introduce its own gambling system for PlayStation based on this patent. Time will tell.