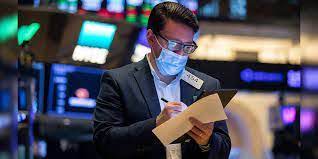 Housing starts declined 9.5% in April to a seasonally adjusted annualized rate of 1.569 million, missing the 1.71 million that was expected. The sharper-than-expected drop came as costs for lumber, copper and other materials soared. Building permits, meanwhile, ticked up 0.3% to 1.76 million.

In stocks, Walmart Inc. raised its full-year profit forecast as another batch of stimulus checks boosted same-store sales. The retailer said online sales rose 37% from a year ago.

Home Depot Inc. said sales at stores open at least a year soared 31% year over year, the most on record, as Americans continued to make home improvements amid the pandemic. The company declined to give a forecast for the rest of the year.

In deals, Amazon Inc. is reportedly in talks to buy MGM Holdings’ film studio for between $7 billion and $9 billion.