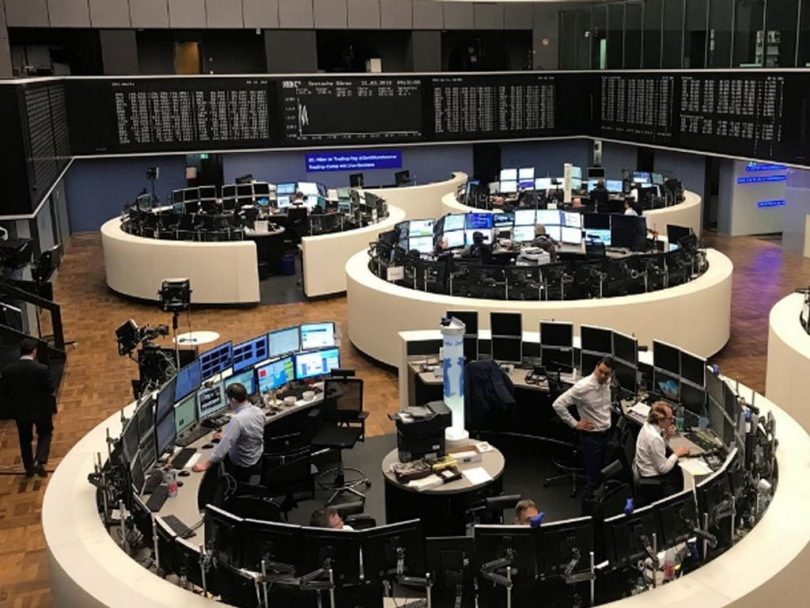 Oil prices sank on stubborn fears over coronavirus-hit demand, before an output gathering the same day of OPEC crude producers and allies.

“There is not a lot of direction… We are in a holding pattern,” noted analyst Neil Wilson at trading site Markets.com.

Investors were alarmed by spiking Covid-19 infections in India, but sentiment remains soothed by US and UK vaccination drives — and the vast amount of stimulus sloshing around the world economy.

“Vaccinations in the US and UK are positive, a startling rise in infections in India is a negative, but markets are largely looking through the bad with ample monetary and fiscal support,” added Wilson.

The Federal Reserve update comes a day before the US posts its latest economic growth data. Investors are meanwhile awaiting this week’s Wall Street earnings from giants including Tesla, Facebook and Apple. “The US economy is in a much better position compared to a few months ago, thanks to government stimulus and the fast pace of Covid vaccinations,” noted ThinkMarkets analyst Fawad Razaqzada.

“So far, the strength of US data has not prevented the Fed from keeping the quantitative easing taps wide open. “But if the improvement in data persists then it will only be a matter of time before the Fed tapers its emergency stimulus measures.” Wall Street advanced Friday on strong readings for US and European manufacturing and services activity, eclipsing worries over President Joe Biden’s plan to almost double capital gains tax.

However, Biden’s $2.25-trillion infrastructure plan could take longer to get through Congress than hoped after a member of his own Democrat party opposed the size of it and backed a slimmed-down version put forward by Republicans.
Asia began Monday on a strong note but struggled in some markets, with Tokyo, Seoul, Singapore, Taipei, Manila and Bangkok all up but Hong Kong, Shanghai, Sydney and Jakarta falling.

Still, trading floors remain on edge over spiking virus infections around the world, with India seeing five straight days with more than 300,000 new cases each, in a surge that has overwhelmed hospitals and left severe oxygen and medicine shortages.

Mumbai stocks however rose more than one percent on Monday.