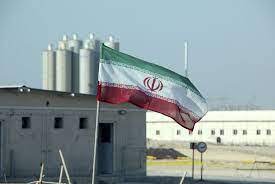 TEHRAN (Presstv): Press TV has learned that Iran will not accept the new demands put forward by the United States and the Europeans in the course of the diplomatic process underway on potential revival of the 2015 nuclear agreement.

Press TV learned on Thursday the US and the European signatories to the deal apparently want the destruction of Iran’s new-generation centrifuges in return for a temporary suspension of some of the sanctions related to the nuclear deal, officially titled the Joint Comprehensive Plan of Action (JCPOA).

This is while under the JCPOA, Iran’s advanced centrifuges — including IR-4, IR-6 and IR-9 — must be stored away under the supervision of the International Atomic Energy Agency (IAEA), and not destroyed.

Press TV obtained information that not only Iran will not give in to the excessive demands of the Westerners, but in case of insistence on the part of the other side, the possibility of the JCPOA, and not just the negotiations in Vienna, unraveling altogether will be real.

The new demands, meant to impose new nuclear commitments on Iran, have been put forward while the US has not even agreed to remove all the JCPOA-related sanctions — a condition set by Tehran for a possible US return to the nuclear deal.

The JCPOA has been in disarray since May 2018, when the US under ex-President Donald Trump abandoned the deal and re-imposed the anti-Iran sanctions that the JCPOA had lifted.

The Trump administration also placed additional sanctions on Iran under other pretexts than the nuclear case as part of a “maximum pressure” campaign, mainly designed to paralyze the Iranian energy and banking sectors.

Following a year of strategic patience, Iran resorted to its legal rights stipulated in Article 26 of the JCPOA, which grants a party the right to suspend its contractual commitments in case of non-compliance on the part of other signatories.

Now, the new US administration says it wants to compensate for Trump’s mistake and rejoin the deal.

Tehran says in order to do so, the US must show its good will by lifting the sanctions imposed on Iran in the Trump era before returning to the deal, a demand so far rejected by Washington.

Since early April, Iran and the remaining signatories to the deal — France, Britain, Germany, Russia and China — have been engaged in an intense diplomatic process aimed at getting Washington to lift the sanctions and set the stage for the JCPOA’s full implementation.

The talks — underway in Vienna within the format of the JCPOA’s Joint Commission excluding the US — are said to be making progress, but have apparently produced no concrete results so far.

The delegates of the parties to the deal are set to return to Vienna for another round of negotiations.