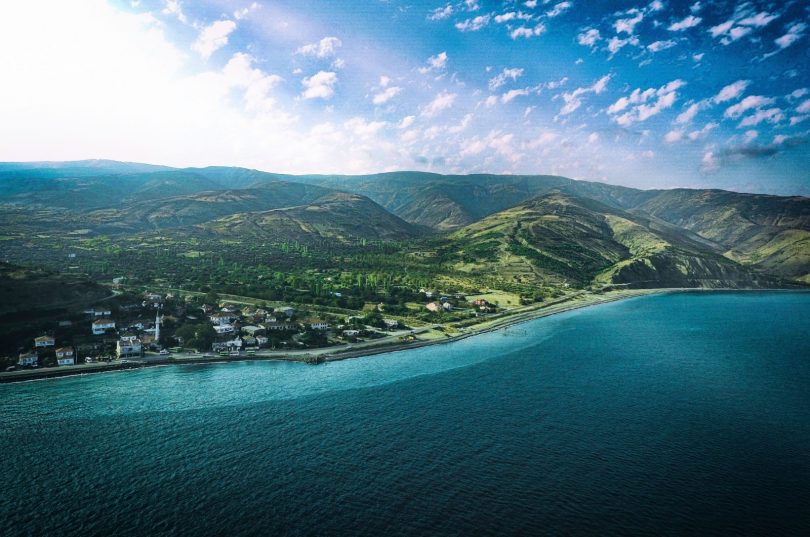 Often overlooked due to its lack of dazzling beaches or cultural heritages, Tekirdağ actually offers the perfect opportunity for a quick weekend getaway from the giant metropolis Istanbul and manages to stack together an impressive amount of activities with some beautiful nature

Normalizations are upon us as summer gets underway with half of the weekend now free to enjoy, and after spending most of the year locked down indoors people are looking for natural hot spots to enjoy a bit of holiday. Well, if your schedule does not allow you to take a whole week off to travel up and down Turkey, and you live in the megapolis of Istanbul, and understandably want to step away from the crowds for a while, the northwestern town of Tekirdağ is the not-so-obvious perfect choice, located just an hours drive away from the most crowded city in Turkey.

Located on the coastline of the beautiful Marmara Sea, the little town of Tekirdağ, with approximately only 200,000 residents, often gets overlooked, as is the case with most of the European side of Turkey (see also Kırklareli), sometimes mentioned just in passing as a scenic route you might take when going from Istanbul to Çanakkale’s Gelibolu.

Granted, its beaches are notas amazing as those found in the south or on the Aegean, its mountains may not be as cool as the ones in the Black Sea region or the Aegean, it is not a particular cultural or historical treasure trove, unlike most of Anatolia, or the Aegean (seriously, everything I say just assume the Aegean has it too, this is getting redundant). However, none of those places are only a stone’s throw away from Istanbul.

Saying that Tekirdağ does not possess as much historical panache as Anatolian cities do does not mean that much because few cities in the world have a historical richness matching some of central Turkey’s towns. So, what does Tekirdağ offer in terms of cultural heritage?

Well, the city dates back to around 4000 B.C. It was once part of the kingdom of Thracian King Seuthes. The city’s name used to be Bisanthe, also Rhaedestus, in classical antiquity. Under Ottoman rule, as the 18th century reared its head around the corner, it was called Tekfurdağı, based on the words “tekfur,” meaning “Byzantine lord,” and mountain. That name in time morphed into the Tekirdağ we know today.

Tekirdağ has been home to many civilizations from Thracians, Byzantines and Venetians to Ottomans. Historical heritage can be found throughout the town from all these periods, but Ottoman architecture, in particular, takes the cake for producing the most eye-pleasing of Tekirdağ’s artifacts with beautiful old mosques.

Apart from the history, a must in the city is finding a cozy restaurant overlooking the beautiful Marmara Sea and trying the town’s ever-famous “köfte,” or meatballs. The tender, melt-in-your-mouth meat provides an authentic flavor rave that will make you want to do the one-hour drive every weekend.

Well, after the meatballs, the real appeal of Tekirdağ lies in its dazzling nature. Enthusiasts can enjoy a wide range of activities in this small town thanks to its beautiful, natural surroundings. Go hiking on the slopes of Mount Ganos, paragliding in Uçmakdere, diving in Ayvasıl, camping and caravaning in Yeniköy, and visiting Güneşkaya and Güngörmez caves in the Saray district.

Mount Ganos, sometimes called Mount Işıklar, is the heart of Tekirdağ on whose slopes green and blue meet, making a fascinating view. A popular hot spot for nature lovers and amateur photographers, taking a hike across its forested skirts to its peak is a worthwhile experience, it is rich in color.

On the beach side of the mountain, you will find Uçmakdere, literally named “flying,” where you can enjoy the thrilling experience of paragliding with the blue Marmara Sea beneath your feet and the ever-green Mount Ganos on your back. Take your camera with you and don’t miss the sunset – or the sunrise for that matter.

If you’re the camping type, well, these locations have you covered, especially if you’re looking for some peace and quiet time.

If you take two steps you’ll end up in the sea, so you don’t need to miss out on the fun during summer as sandy beaches cover most of Tekirdağ’s incredible 133-kilometer-long (82-mile) coastline.

You can enjoy sailing or diving on the coast as well.

Whatever your choice of activity is, this small town has you covered and that is quite an advantage when you only have a weekend to spend and it takes just an hour to reach your holiday destination.

So, if this summer you don’t want to think too much when making your travel plans, Tekirdağ gets a recommendation.