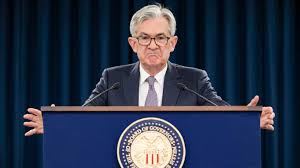 WASHINGTON (Axios): Fed chair Jerome Powell is attempting something of a high-wire circus act as the central bank pushes forward with its average inflation targeting regime.

He’s trying to simultaneously raise inflation while keeping short-term interest rates low and stimulate the economy through unprecedented and extraordinary measures while convincing Americans the economy is doing well.

Driving the news: The Fed kept its policy rate unchanged on Wednesday but sharply ramped up its expectations for economic growth — while affirming that it does not plan to raise interest rates until after 2023.

Why it matters: U.S. inflation expectations have shot up in recent months while unemployment remains incredibly high, a potentially devastating combination for the economy.

“Always in the past, expected inflation was what drove the Fed to say, ‘Whoa, we’re going to ease up here and in fact might tap on the brakes.’ That’s always been how the Fed worked.”

Now the Fed is “showing that it’s not all about inflation, and it’s not about expected inflation. It’s about jobs and inflation and with the inflation, we have to see a sustained period of inflation above 2% before we’re going to pull back.”

What’s happening: That new framework is pushing investors and they’re pushing market gauges of inflation like the 10-year Treasury yield to 1.74%, its highest in more than a year, and 5-year breakeven rates to their highest level in nearly 13 years.

Google searches for inflation have jumped to their highest since record-keeping began in 2008, according to Deutsche Bank research.

By insisting that the Fed isn’t even thinking about thinking about raising rates, yields on short-dated Treasuries fall because they are closely tied to Fed policy.

“If the Fed were to even suggest they’re hiking soon the market will quickly price in multiple hikes and that would be much more negative for the economy.”