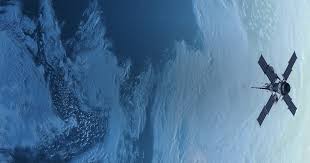 There’s a seismic shift underway in agriculture and chances are you will not be aware of it.

But the changes are arguably going to be further reaching than anything we’ve seen so far.

Farming’s digital revolution has potential for both business and planet to benefit alike. The aim of the transformation is to produce more food from farming with less. That’s lower volumes of agrochemicals, less heavy machinery, less water, no additional land, and crucially for the farmers themselves, less time.

Three big developments have rung in the start of the agricultural digital revolution. First, the development of sensor technology that is both astonishingly small and, crucially, cheap. Secondly, the communications technologies required to move data between the field and the computational cloud, and third, the technology to process mind-boggling volumes of information with artificial intelligence (AI) and machine learning.

“This may help a farmer know there is something brewing in the herd or the orchard that needs attention,” says Susan McCouch, director of the Cornell Institute for Digital Agriculture. McCouch predicts that sensors in irrigation systems could be designed to receive signals broadcast from satellites to make decisions about whether to water crops – but only if both the land is dry and no rain is forecast.

“This is how you marry the Internet of Things with the Internet of Living Things, and that needs massive data interpretation capabilities,” she says. “For example, we are currently working with dairy cows, placing nanosensors in the rumen of the cow so that when it is not ruminating in a healthy way, the farmer and the vet can identify which animals are having problems before there are symptoms.”

Up until now most advances in the industry have fallen under what is loosely termed “precision agriculture”, where the advent of GPS and advances in farm machinery have allowed farmers to more accurately sow, treat, and harvest crops, though the focus has typically been on large-scale commodity arable crops such as wheat, soy, and canola (also known as rapeseed). This technology has now been coupled with satellite and drone imagery to monitor weed levels and canopy coverage, soil analysis, weather patterns and historic crop yield data from specific fields which are then fed into data crunching systems which use AI and machine learning to guide on-farm decision making.

This layering of vast amounts of data and subsequent modelling is allowing farmers to make decisions that are far more likely to lead to farming success. The more information they have, the more accurately they can predict the outcomes of farming decisions. Should they plant that crop in that field? If they spray that crop this week rather than next what might the outcome be given the weather forecast? Does this plant variety respond better with a soil of this type? Knowledge brings powerful predictability into farming and a raft of businesses are out there harvesting the data to help bring in the gold-rush.

The aerospace engineering firm Planet is one such enterprise, which uses a fleet of 150 shoebox-sized mini satellites to capture three million individual images across the entire globe at a resolution of 3-5 metres (10-16ft), every single day. It’s that cadence of imagery that is so valuable to farmers as data collected one day is quickly out of date.

“Daily satellite imagery enables real-time decision-making at a global scale and at the local farm level. Farmers can grow more with less – optimising inputs, reducing nutrient runoff and efficiently scaling regenerative practices like no-till [ploughing has been proven to release carbon from the soil] and cover cropping. Downstream consumer goods companies can improve supply chain transparency and validate zero-deforestation commitments,” says Planet co-founder Robbie Schingler. “When we founded Planet in 2010, our vision was to create a company that could use information from space to help life on Earth. A decade and hundreds of satellites later, our technologies are helping to inform policies and are making agriculture an integral tool in battling climate change.”

Much closer to the ground, one of the biggest businesses on Earth is getting its boots dirty as it marries data expertise with sensor technology and robotics innovation. X, The Moonshot Factory is the innovation engine for Alphabet, the parent company of Google, and it has been working in the space of what they term “computational agriculture” for several years. Project Mineral has developed field robots which, through 3D imaging and multi-layered data collection, monitor each individual plant in a crop for the ultimate bespoke treatment, project leader Elliott Grant explains.

“Using a combination of hardware, software, and sensor technology, Mineral’s prototype tools harness breakthroughs in artificial intelligence, simulation, sensors, and robotics to help farmers, breeders, and agronomists understand and predict how plants grow and interact with their environments,” says Grant. “Over the last few years, we’ve been working with our partners to understand and learn more about managing the complexity of the plant world, and work towards building a more sustainable, resilient, and productive food system.”

ApisProtect monitor 20 million honey bees across Europe and North America for signs of decreases in productivity.

It is sensor technology that is helping to safeguard one of nature’s most crucial events when it comes to food production – pollination. Fiona Edwards Murphy has worked in the area of sensor technology for over a decade, and her attention was caught by the rise of colony collapse disorder among bees in 2013. Having grown up in rural Ireland she understood the impact this could have on food production, and after completing a PhD in wireless sensor networks and embedded systems, she chose to apply her cutting-edge knowledge to the bee problem through her business ApisProtect. She and her team have developed bee monitoring technology using units the size of a smartphone that monitor individual hives 24/7, which then interact with machine learning algorithms to unpack what the data is saying. Today, Edwards Murphy and her team are monitoring 20 million honeybees across Europe and North America, and are working with commercial and hobbyist beekeepers in Ireland.

“In short, we help beekeepers reduce losses and increase productivity in their operations using a combination of sensor technologies and machine learning. We place small sensors inside the beehive and constantly collect data – specifically temperature, humidity, sound, and movement data – and then we apply our machine learning techniques developed over the past three years to basically translate that into the useful information about what’s happening in the beehive,” she explains.

If the hive hits a problem, the bee behaviour change will be picked up via the sensors, and the data processing alerts the owner that it might mean there’s an issue. Not only does this help beekeepers get to the right hive in time, it also prevents them needing to check on healthy hives and disturbing them in the process.

“Essentially we give the beekeeper the picture of everything that’s happening in their operation and that allows them to then select in an informed way which parts of their operation actually need intervention at that moment,” says Edwards Murphy, who explains in more detail how the sensors she developed work in the video below. “What we found is 80% of the hives don’t need you to intervene. We identify which hives are behaving differently and then it’s the beekeeper’s skill set that comes in then. So we’re not trying to become the doctor, we’re the equipment that highlights which patients you should be looking at.”

The digital revolution can also help at the other end of the food chain, when it comes to predicting crop yield. Despite its relatively tiny size, the Netherlands has the highest yield of tomato crops globally, at almost 132,000 tonnes per sq mile. They rely heavily on glasshouses as these closed buildings allow farmers to control horticultural conditions precisely, and their innovations in this space are world-leading – most recently with the addition of a robot called The Plantalyzer, as Andreas Hofland of parent company Hortikey explains.

“We needed to increase transparency across the supply chain, as we had a significant problem connecting supply with demand,” he says. “Crop yield estimation was completed manually, by eye and was not scalable and had a high margin of error even with an expert walking the plants to make an estimation.”

That’s where the Plantalyzer comes in. This rail-riding robot works overnight, measuring the bottom two to three hanging trusses of tomatoes, mapping the colour and number of fruit on 5,000 plants every night. The visual data is then processed by specialist software developed in association with Wageningen University that calculates the expected yield the next day, taking accuracy from 85% to 95%. All of this combined allows the growers to negotiate better price agreements and realise higher profit margins, plan transport logistics, avoid waste and crucially avoid that empty shelf on the supermarket. You can see the Plantalyzer at work in the video below.

It’s already common knowledge that producing more food is imperative if we are to feed the extra two billion people expected on the planet by 2050, and the scientific evidence that we need to do so with less impact on the environment is there in spades. According to the Food and Agriculture Organization of the United Nations, agriculture accounts for 26% of global greenhouse gas emissions, 70% of global freshwater use and 78% of global ocean and freshwater eutrophication (a process where agrochemical run-off into waterways disrupts the aquatic ecosystem). These are major contributing factors to anthropogenic climate change and the ecological crisis. Alongside all this is the ongoing challenge of soil depletion and the biodiversity loss from agrochemical use and reduction on wild habitats as half of the habitable land on the planet is now used for agriculture compared to 4% 1,000 years ago.

Farming has come under intense scrutiny for its contribution to these issues, yet the pressure to keep producing food as cheaply as possible remains a political and economic barrier to reducing the damaging activities. The introduction of digital technologies and deep data processing might just be the catalyst that brings the needs of planet and people in line, reducing harmful chemical use, tailoring crop treatment to the plant level, and helping us understand the ecosystems upon which we rely.

“Digital applications to agriculture have a huge impact on a concept called One Health – which is an increasingly important concept in public health policy. This is the health of the planet along with health of humans, animals, plants – the health of all living things being an interconnected network. And when you start to see everything as a very complex system, you need new tools to monitor it as the complexity far exceeds the ability of the human mind to bring data in in real time and respond appropriately,” explains Susan McCouch back at Cornell.

There is so much hope and much to gain with this extraordinary industry transformation, but McCouch has a grounding word of warning. “The digital revolution in agriculture could address a lot of both the excess and the inequities in this world, we could create a much healthier food supply and we could distribute it more fairly. But change is always beneficial for some and harmful for others. If robotics and information management do away with many of the jobs for which humans have previously earned a livelihood without a lot of education, those jobs are slowly being replaced. So how is society going to manage that? Government policy also needs to play a part here, as much of the promise of digital agriculture will be out of reach for small farmers due to the requirement to invest in and maintain new equipment.”

“Crucially too, how are we collectively going to value the farming recommendations that appear to be instantly generated by systems that few people understand?” asks McCouch.

She warns that we cannot afford to think of agriculture as a mechanical way of producing calories – a system purely made of inputs and outputs. But instead we need to think about how we can still have a meaningful relationship with the natural world through our connection to the land.