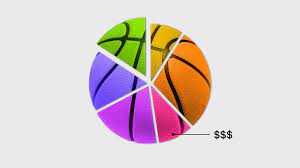 CALIFORNIA (Axios): Impending legislation will allow student-athletes to monetize their name, image and likeness (NIL) through sponsored social media posts and other means.

Why it matters: If athletes had full control of their NIL rights, the top women’s basketball players in this year’s Elite Eight would have greater earning power than the top men.

By the numbers: Among the men’s and women’s Elite Eight teams, eight of the 10 most-followed players — and 10 of the top 20 — are women.

Listed below are the combined Twitter and Instagram follower counts for the 20 most-followed players, plus their estimated annual earnings, provided to Axios by athlete marketing platform Opendorse.

The bottom line: The story of this year’s March Madness has been the inequities between the two tournaments. Perhaps the story of the future will be the equal marketing opportunities for men’s and women’s stars.