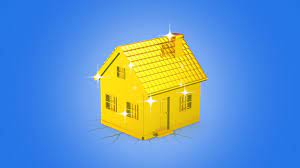 The pandemic proved a large swath of the population can produce services and consume goods without leaving their homes — if supported by other workers, Axios’ Erica Pandey writes.

Why it matters: We risk becoming an even more divided society — with Peloton-riding, Amazon Prime-ordering office workers living within a convenient, luxurious stay-at-home economy and essential workers servicing that lifestyle while scraping by themselves.

The big picture: Income inequality was a huge — and growing — issue before the onset of the coronavirus pandemic, but the last year widened the chasm between rich and poor.

What’s happening: Remote work has become the ultimate privilege, giving those who can work from home sovereignty over time and place, Reeves says. Going to work every day used to be something of an equalizer. The pandemic dismantled that.

“We’re going to keep seeing this growth of home being the epicenter of life,” says Zara Ingilizian, an expert on the future of consumption at the World Economic Forum. “And not everyone will have access to this at-home future we’re discussing. That has tremendous implications.”

We’re already seeing the far-reaching effects of telework on businesses and individuals alike.

Yes, but: There are silver linings.

What to watch: Workers in jobs being created by the stay-at-home economy — in food delivery, warehousing and trucking — face a double whammy, says Ingilizian.