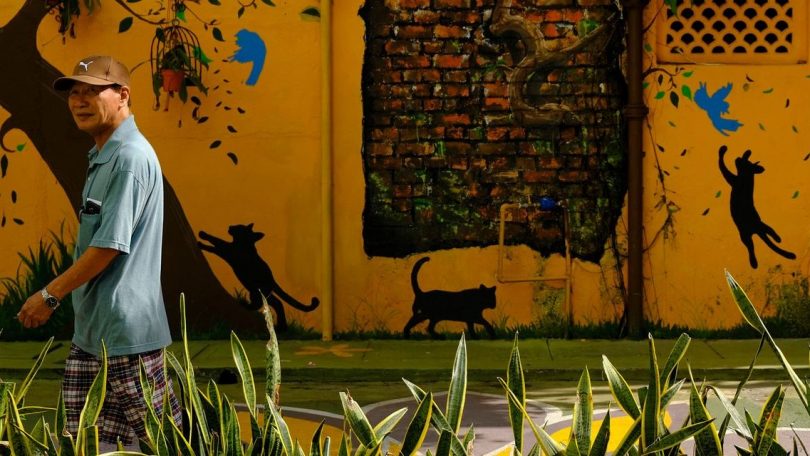 While Malaysia generally stays under the radar, it is one of Asia’s most friendly and tolerant countries where its three major ethnic communities live mostly in harmony.

As a newly minted resident of Kuala Lumpur, the first Malaysian word I learned was “lah”. Each time I used it in conversation, both locals and expats exclaimed in delight, “you have become a Malaysian so soon!” For that short, simple sound used as a suffix in everyday conversations encapsulates the ease and warmth with which Malaysian society embraces everyone within its fold. Indeed, although it is believed to be of Cantonese or Hokkien origin, lah is used most commonly in what is known as Manglish – Malaysian English – a delightful patois of formal English with casual smatterings of Malay, the national language.

Lah is added to the end of sentences to soften or strengthen an assertion, to state an unequivocal opinion, to offer a sheepish apology or to imply that something has been said in jest. But what is most significant is that the word is a great equaliser, used by practically everyone, cutting smoothly across barriers of language, race and religion in Malaysia. I hear it in air-conditioned shopping malls and in sweltering fresh food markets, uttered by the young and the old alike. And when I spot the lah at the end of any sentence – even ones that convey anger, dismay or rejection – I know the speaker means well.

All this is to say that I have found Malaysian hospitality itself as cordial as this Manglish word. While the majority ethnic group in the country is Malay, also known as Bumiputera (meaning “son of the soil”), nearly 25% of the population is Chinese, while Indian Malaysians, mostly from the South Indian state of Tamil Nadu, comprise close to 8%. While Malaysia generally stays under the radar, overshadowed by its glitzy neighbours – the commercial hub of Singapore and tourist haven of Thailand – it is one of the region’s mostfriendly and tolerant countries where its three major ethnic communities have lived in harmony for the most part for many decades. Of late, there has been the rising spectre of racism directed towards recent incomers, but such cases are still relatively few and far between.

What keeps them together is not just a shared love for their country, but the spirit of muhibbah. In the Arabic language, where it comes from, muhibbah (also muhibah) means love or goodwill. In Malaysia, it is that and much more. According to Dr Kamar Oniah Kamaruzaman, scholar and professor of religious studies, muhibbah in Malaysia is about togetherness, or “understanding, caring, empathy and kinship”.

When Malaysia gained independence from Britain in 1957, the leaders decided to adopt muhibbah as the unifying spirit of this new country to ensure there would be no tension between the various ethnic and religious groups. For example, while the country is officially an Islamic state, everyone has the right to follow their religious beliefs as well as speak their own languages. Even now, I see local newspaper articles in which politicians call upon this word as a reminder to continue with peaceful coexistence.

“Our mamak stalls are the perfect example of muhibbah,” said Salwah Shukor, a Kuala Lumpur resident, explaining how practically everyone eats at the fresh food restaurants run by Muslims from South India that serve cheap halal food to satisfy diverse palates. There is an easy camaraderie among mamak customers, whether their meal is a local Malay dish tossed with Chinese sauces, or a sizzling-hot South Indian dosa (called thosai here) with coconut chutney on the side.

Having grown up with Indian family friends and Chinese classmates at school, Shukor insists that it is impossible to stay isolated within one’s own community in Malaysia. “The three communities have their own strengths and weaknesses, we have learned to use them to our collective advantage and we are all better as the sum of all parts,” she said.

Indeed, Kamaruzaman insists that muhibbah does not mean tolerance: “To just tolerate is not really a nice feeling, it is condescending. Muhibbah is the opposite of tolerance, it means acceptance.” She also cites mamaks as an example, saying, “You can find nasi lemakthere (a Malay dish of fried rice), as well as roti canai (a flatbread and curry dish of Indian origin) and cendol (a South-East Asian dessert of coconut milk, jelly noodles and shaved ice) – nobody questions where this or that dish comes from, India or China? They are all Malay cuisine now.”

Writer and academic Dipika Mukherjee, who grew up in Malaysia and currently lives in the US, affirms that her experience has been all about embracing her various identities. “I could wear shorts and walk to a mamak for breakfast, and then travel on the bus wearing a sari to visit my Indian family – in either case, nobody would look at me strangely like I am in costume. Here in the US, everyone has to become homogenised into a single white identity, wearing and eating what everyone else does, but not so in Malaysia.”

Malaysia’s muhibbah also means that the country’s festival calendar spreads through the year, beginning with the Chinese Lunar New Year celebrations right at the beginning; Hari Raya or Ramadan sometime in the middle; and Deepavali (another name for Diwali, the festival of lights) in the later months. And as I discovered to my pleasant surprise, there is still room for Christmas with main streets and shopping malls alike decked up with sparkly decorations and even fake snow.

Another manifestation of this multiculturalism is the “open house” that Malaysians keep during festivals, where food and drinks (non-alcoholic, in the case of Muslim homes) are laid out every evening to welcome friends, relatives and even strangers. “It used to be only Malays celebrating Hari Raya with an open house, but many Indians now do it at Deepavali, and occasionally even the Chinese for their new year,” Shukor said.

Not surprisingly, the streets ring with the official language of Malay as well as Mandarin, Hokkien, Cantonese and Hainanese, and Tamil, Hindi, Gujarati and Punjabi, among other Indian languages. In fact, my Malaysian friends take great pride in a unique concept called Bahasa Rojak, meaning mixture of languages (after rojak, a local salad with often contrasting textures and flavours), often lapsing into a Malay phrase or a dismayed “Aiyyo!” in Tamil in the middle of English conversations.

Bahasa Rojak came into existence in the early 15th Century, as did the concept of muhibbah itself. Mukherjee explained that Malacca (and other port towns like Kedah) was an important trading hub on the spice route, and for the sake of commerce, the local governments were always accepting of new languages and cultures. “Traditionally, migratory routes were never policed in the same way as mainstream cities, and in Malacca too, it was easy for communities to intermingle, for instance, through business transactions and even marriages,” she said. The conversational pidgin adopted by traders to communicate with each other lingers on as easy code-switching among Malaysians. Add to this intermarriage among communities, and contemporary Malaysia’s multicultural DNA was created.

Along with this attitude of acceptance, Malaysia also offers economic attractions like affordable housing and healthcare, making it one of the top preferred retirement destinations across the world, thus further deepening the country’s multiculturalism. Of course, nowhere is perfect all the time. What began in the 1980s as affirmative action for the Bumiputeras is now a fraught situation, with the right-wing ideology of Malay supremacy (known as Ketuanan Melayu) occasionally rearing its head. However, that largely remains a politically motivated stance to win the confidence of the majority Malay community.

What I have seen since I moved here is an acceptance of others’ weaknesses or quirks with a fond smile and an indulgent shake of the head. Shukor told me, tongue-in-cheek, “My Chinese classmates forced me to be competitive, because they were always aiming to be at the top; and at the same time, from my Tamil friends, I learned to relax and take things easy.”

And to mirror the easy-going attitude of Malaysians, Bahasa abounds with English words simplified into its most basic phonetic form – minit for minute, biskut for biscuit, mesej for message, motosikal for motorcycle, and so on. After all, why complicate things when an easier option is available? In Malaysia, muhibbah is the ingredient that brings together individual components into an attractive, welcoming composite.