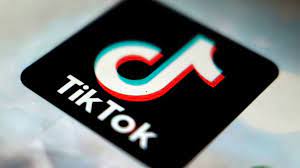 TikTok on Friday named ByteDance CFO Shouzi Chew as its CEO, and Vanessa Pappas, who has served as interim head of the company, as the video-sharing platform’s COO.

Why it matters: TikTok’s former CEO Kevin Mayer resigned amid heightened tensions between the Chinese-owned company and the Trump administration, which ordered TikTok to sell its U.S. operations to a domestic buyer over security fears.

Context: The Trump administration’s threat against TikTok hit a wall with the election of President Biden.

What they’re saying: “The leadership team of Shou and Vanessa sets the stage for sustained growth,” Yiming Zhang, founder and CEO of ByteDance — the developer of TikTok — said in a statement Friday.