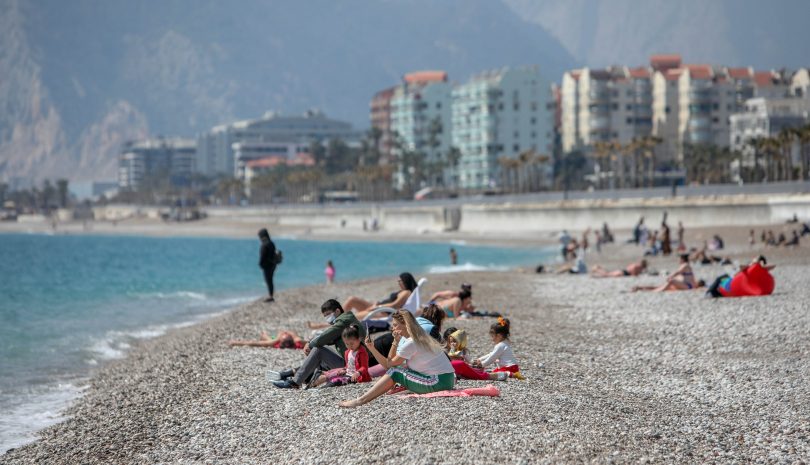 ISTANBUL (Dailysabah): Turkey began the rollout of coronavirus vaccinations for tourism employees as of Wednesday, the nation’s culture and tourism minister said, in a major lift for the industry that has been battling with the fallout of the measures to combat the pandemic.

Speaking in an interview on Turkish private broadcaster, Fox TV, Mehmet Nuri Ersoy said facilities that are currently open will be given priority in the vaccination campaign and that others will follow based on the dates they reopen.

Ersoy said they are looking at whether the facilities own the safe tourism certificate, a program implemented last year to ensure strict safety and hygiene measures at accommodation facilities and airports.

The campaign is said to cover more than 1 million workers at the facilities and tourist agencies, as well as tour guides and drivers.

Turkey is one of the first European countries to start a safe tourism certificate program and has been the one implementing it in the most effective way, Ersoy said.

“Although other countries have tried to copy it, they have not actually been very successful. When you examine the results of the safe tourism certification program, you see how successful it is,” the minister noted.

The pandemic and related restrictions have slashed foreign arrivals in Turkey. The figure in the January-February period was down 70.24% year-on-year.

The number of foreigners visiting the country fell 71.7% year-on-year throughout 2020 and exceeded 12.7 million, according to official data. The sector’s revenues last year dropped 65.1% year-on-year to $12.06 billion.

Officials have recently said some 34 million foreign visitors are expected this year, with revenues estimated to reach around $23 billion.

Ersoy said data he has been receiving on a daily basis showed mobility has been increasing as of April. Inflow from Russia, Ukraine and other nearby countries is expected to gain pace as of the end of the month, the minister noted.

The southern Antalya province on the Mediterranean coast is estimated to see the greatest mobility, Ersoy said.