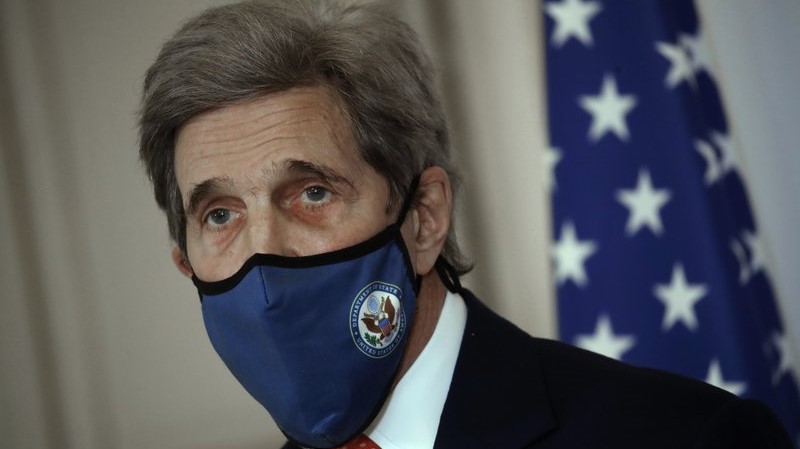 Kerry will travel to Shanghai and Seoul, from Wednesday to Saturday, the State Department said in a statement Tuesday. The former secretary of state has been expected to talk with China’s top climate negotiator, fellow veteran diplomat Xie Zhenhua.

The trip marks the highest-level travel to China known so far for officials of the Biden administration.

The governments of Chinese President Xi Jinping and President Joe Biden are sparring over trade, human rights within China and China’s increasingly assertive actions in the larger Indo-Pacific, among other points of tension. But China is the largest contributor by far of climate-damaging fumes from burning petroleum and coal, making its cooperation essential to any success of global climate accords.

Biden has invited 40 world leaders, including Xi, to participate in an April 22-23 virtual climate summit. The U.S. and other countries are expected to announce more ambitious national targets for cutting carbon emissions ahead of or at the meeting, along with pledging financial help for climate efforts by less wealthy nations.

Kerry has been pressing global leaders in person and over the internet ahead of the summit for commitments and alliances on climate efforts.