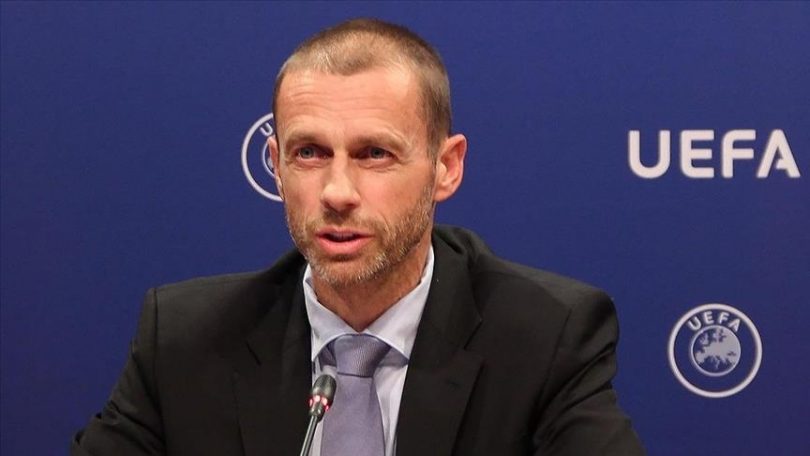 LONDON (Agencies): UEFA on Tuesday called the breakaway clubs to correct their mistake as 12 European football clubs declared Monday that they founded the European Super League, an alternative mid-week tournament that UEFA and its member associations do not recognize.

“At this point, I would like to address the owners of some English clubs. Gentlemen, you made a huge mistake,” UEFA President Aleksander Ceferin said during the UEFA Congress. “Some will say it is greed, others [will say] disdain arrogance, flippancy, or complete ignorance of England’s football culture. But actually, it does not matter,” Ceferin said and adding that the clubs have time to correct their mistake.

However, Ceferin stated that this crisis will make the UEFA “stronger and football stronger than ever” and warned the Super League organizers as the UEFA will not let them capture the game. “… All the governments are with us [UEFA], all the fans are with us, all the media are with us. Only some greedy people, a few are on the other side. Are we allowing them to take football? No,” he said. Ceferin also called the clubs, who want to be part of the Super League, to quit this idea for their own good.
“The big clubs today were not necessarily big clubs in the past, and there is no guarantee that they will be big clubs in the future. Football is dynamic, unpredictable. This is what makes it such a beautiful game.”

Meanwhile, in the congress, the Turkish Football Federation (TFF) 1st Deputy Chairman Servet Yardimci was re-elected to the UEFA Executive Committee for a four-year term, as the UEFA said on Twitter. In 2017, Yardimci was previously elected to this committee. Separately David Martin of Northern Ireland was elected to be the FIFA Vice President for two years.

Then European football’s governing body, UEFA’s chief Aleksander Ceferin said that the players of the teams, who will play in the Super League, cannot represent their countries in the FIFA World Cup and EURO (European football championship) tournaments.