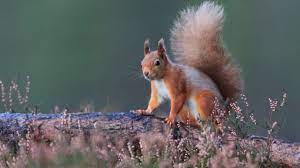 UK’s government is expected to announce a legally-binding target for 2030 to drive action to halt the decline of nature and wildlife.

Environment Secretary George Eustice will also outline plans for a taskforce on reintroducing animals such as the wildcat to England, and returning beavers to new areas of the country.

And he will confirm intentions to restore more peatlands and woodlands.

Nature groups have long pushed for a stronger Environment Bill.

In a speech from Delamere Forest, in Cheshire, Mr Eustice is expected to say: “We will be amending the Environment Bill to require an additional legally-binding target for species for 2030, aiming to halt the decline of nature.”

It’s thought the legally-binding target will apply to England only, with devolved administrations able to set their own policy.

Mr Eustice will describe the move as “a huge step forward,” adding: “We hope that this will be the net zero equivalent for nature, spurring action of the scale required to address the biodiversity crisis.”

Wildlife groups have welcomed the proposals as “an important milestone”.

Richard Benwell, CEO of Wildlife and Countryside Link, a coalition of 57 nature groups, said: “If the legal detail is right, and the targets are comprehensive and science-based, then this could inspire the investment and action needed to protect and restore wildlife, after a century of decline.”

Mr Eustice is also expected to confirm proposals for restoring peatlands in England.

The measures will include a ban on sales of peat products by the end of this Parliament, in 2024, subject to consultation, and funding to restore 35,000 hectares (86,000 acres) of degraded peatlands in England in the next four years.

Only a fifth of the UK’s 2.6 million hectares (6.4 million acres) of peat are in good condition.

Estimates suggest the habitat – which ranges from upland moors to rich agricultural lowland – could give off as much as 23 million tonnes of carbon emissions a year.

In contrast, healthy peatlands lock in carbon and provide a habitat for plants and animals.

The Wildlife Trusts’ chief executive Craig Bennett said the government’s initial target to restore 35,000 hectares of peatland was disappointing and called for a commitment to restore all upland peatland and at least a quarter of lowland peat.

He said: “It’s essential that we stop nature’s decline and restore 30% of land and sea by 2030 – doing so will help wildlife fight back and enable repaired habitats to store carbon once more.”

The Wildlife Trusts said it could be “embarrassing” for the UK – as hosts of the key climate summit in Glasgow in November – to allow carbon-rich peat to be “dug up and sold”.

“Peatland is so important for carbon sequestration and for wildlife. And currently, we’re wrapping it in plastic and selling it in garden centres,” said Elliot Chapman-Jones.

The government is also announcing new action on trees, with a goal to treble tree planting rates in England to 7,000 hectares (17.300 acres) of new woodland a year by 2024.

There will also be funding to provide incentives for landowners and farmers to plant and manage trees, and at least three community forests will be created.

Abi Bunker, director of conservation and external affairs at the Woodland Trust, said the UK’s woodland cover had nearly tripled since 1900, but much of the increase has been low diversity forestry plantations.

“Native woods and trees are fragmented, at risk from development, and too many are in poor condition, with half of UK wildlife and plant species that depend on woodland in decline,” she said.

“Government’s targets for new woodland should be met by integrating UK sourced and grown native trees into our landscapes, helping to deliver for nature and people.”