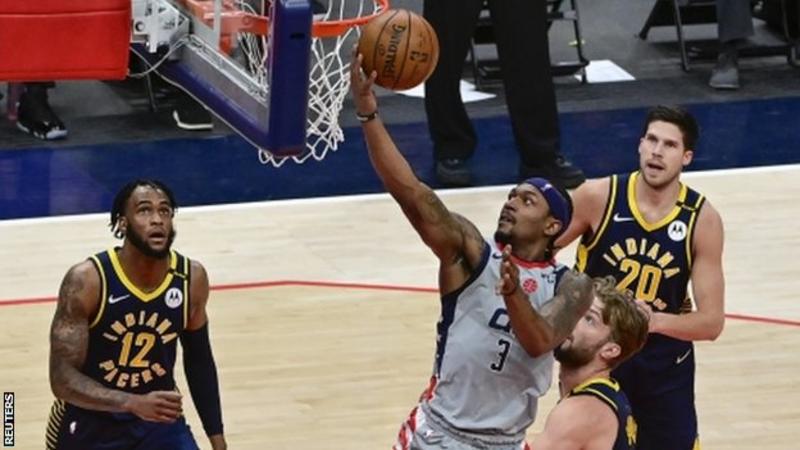 WASHINGTON (Agencies): The Washington Wizards eased to a 142-115 win over the Indiana Pacers to book their place in the NBA play-offs.

The Wizards had lost 118-100 to the Boston Celtics in their first Eastern Conference play-in contest on Tuesday.

But Bradley Beal scored 25 points on Thursday as Washington took their last chance to reach the post-season. The Wizards secured the eighth seed in the conference and face the top-seeded Philadelphia 76ers in the first round of the play-offs, beginning on Sunday.

Russell Westbrook combined with Beal to lead a 16-0 run by Washington in the second quarter, before finishing with 18 points and 15 assists. The Wizards earned their first post-season berth since 2017-18 while the Pacers, for whom Malcolm Brogdon scored 24 points, saw their streak of five straight play-off appearances come to an end.

The play-in tournament has been introduced on a one-year basis for the 2020-21 season, to determine who takes the seventh and eighth seeded positions in each conference for the play-offs. The Golden State Warriors host the Memphis Grizzlies for the final seed in the Western Conference on Friday evening (02:00 BST on Saturday morning).

Also on Thursday, the NBA announced the three finalists for the Most Valuable Player award for the 2020-21 regular season.

The Warriors’ two-time MVP Stephen Curry is up against the 76ers’ Joel Embiid and Nikola Jokic of the Denver Nuggets.

The three finalists for each of the NBA’s annual awards are based on voting from a global panel of sportswriters and broadcasters, with the winners to be revealed during the play-offs.