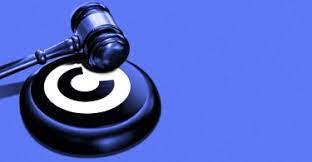 WASHINGTON (Axios): Monday’s Supreme Court ruling in favor of Google over Oracle left much of the software industry feeling like they’d dodged a bullet, Axios’ Ashley Gold and I report.

Why it matters: By resolving an 11-year-old dispute over rights to program code in favor of Google, the Supreme Court is allowing tech companies to largely continue with their practice of building on past software advances in creation of new technology.

Driving the news: The court ruled 6-2 Monday that Google’s use of a portion of Java programming code owned by Oracle was allowable under the rules of fair use.

The big picture: Software companies have always invented new products by building on others’ work — sometimes aggressively enough to evoke cries of “thief!”

Microsoft’s MS-DOS operating system was a rewrite of a competitor’s very similar system. Apple expanded on ideas from Xerox to create the Macintosh. Windows, in turn, drew heavily on approaches used by the Mac.

Between the lines: The dispute centered on Google’s reuse of the application programming interface (API) for the popular programming language Java.

APIs are essentially directions for different pieces and kinds of software to talk directly to each other.

By incorporating Java’s API in the Android smartphone operating system, Google made it possible for legions of Java experts to write Android apps.

The long legal battle centered on whether an API is copyrightable.

Lower courts divided on that question, and the Supreme Court punted on it.

Since Google’s use of Java was covered under fair use, the justices ruled, they didn’t have to make a final call on whether you can copyright an API.

What they’re saying: “A ruling in the other direction would have been a tectonic shift in the way we’ve all dealt with software,” Google senior vice president of global affairs Kent Walker told Axios, adding that the decision will help enable the next competitor to Google, too.

“From a policy standpoint, there is some logic to not making software developers reinvent the wheel, and spend money to create identical functionality using different forms of expression,” said Bill Frankel, chair of Brinks Gilson & Lione’s copyright group.

The intrigue: Oracle has agitated for regulatory action against Google for years, funding anti-big tech groups, lobbying states and members of Congress directly and taking shots at Google’s business practices.

The other side: “I would say the decision supports the use of Android and others in free and open source ways that benefit competition and consumers,” said Walker.