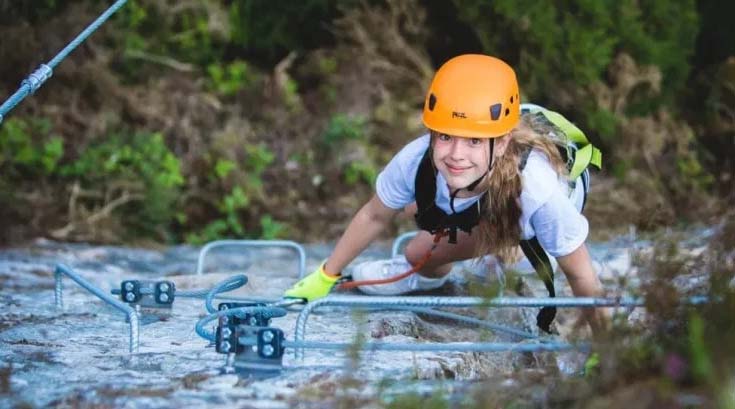 Travel as we knew it stopped a year ago – and is unlikely to return in the same form. But new trends are already emerging.

At the start of the first lockdown I went for a bike ride. The sun was shining, spring was bursting out all over, and the Cummings affair had yet to happen.

I had only gone a few miles when I saw the first Go Home sign. Another soon followed. I saw lots of people outside, many working on the house or garden. No one looked up. There were no vehicles except two police cars. After each one passed, I took the next available turn, just in case they decided to stop and question me, an old habit from years spent living in dictatorial countries. They did not.

I began to feel invisible, the world simultaneously idyllic and post-apocalyptic. As someone who had travelled incessantly over the previous three decades, this flightless lurch into a small world where the next village was a mystery, possibly hostile, was both shocking and exciting.

For many, the joy of travel now means peaceful empty spaces, fresh air and a lack of other people

A year on from that first lockdown, like many people, I am wondering what travel has become. The last time I went anywhere was cycling through the Outer Hebrides last summer with my son, Conor. We wild-camped most nights and on the ferries usually stood out on deck, masks on.

Inside, someone had carefully taped off most seats and the cafes were closed. I have not been in a confined space with strangers since we took shelter in the passenger lounge on the Isle of Harris to Skye ferry on 4 August. It was half empty.

The last time in a really crowded space was on my last pre-Covid assignment, when I went by train to Austria in February 2020. Somewhere in Germany my camera bag and laptop were stolen from the luggage rack immediately above my head. One of my memories is of staring at a monitor in Frankfurt police station, hopelessly examining CCTV footage of the crowd leaving the train I’d been on. The high angle gave a vivid picture of the density of the crowd, the hundreds of faces hurrying past. That image now seems historical, like watching newsreels of big football crowds in the 1930s, an impossible, unrepeatable mass of human beings.

It is the psychological effects of this kind of experience that, I reckon, are going to play out in the post-Covid world of travel and tourism. People talk about “things getting back to normal”, forgetting that they themselves are what is no longer normal. Can you imagine yourself surrounded by people on the plane?

Of course, some will brave it, even get used to it again. But many will not. For them, the joy of travel now means the peaceful empty spaces, fresh air and a noticeable lack of other people. There are those who feel they have been through a storm, others a great silence. And there are chasms between generations: cooped-up young people dreaming of escape are waiting to explode outwards while older folk, more wary of illness and having done many journeys pre-pandemic, have different priorities.

The future of travel and tourism will contain many surprises, but some patterns are already emerging.

The pandemic turbo-charged an existing trend towards more active holidays in the UK. Where once a UK holiday meant a cottage and a beach, now it might mean Pack Pony Treks in Cumbria (from new tour op Natural Britain, which launched mid-pandemic); tackling Cornwall’s new Via Ferrata; a swimming holiday off the Lizard peninsula, the most south-westerly point of the UK (new for 2021); or joining a mobile hostel across Scotland (the Bonnie Camper is new for this summer).

There has been a realisation – which has been coming for some time – that the type of adventure associated with far-flung destinations can be had closer to home, and at a fraction of the cost, in both money and carbon. For example, free-diving with sharks in the Irish Sea (Celtic Deep), cliff climbs in Wales (Climb Pembroke), and packrafting down whitewater rivers (Tirio and Secret Compass). The latest warnings about the risks of resuming holidays abroad too soon will encourage even more of us to look for adventure on our doorstep.

Interests established during the past year like birdwatching look set to do well, with many new trips available (Wildlife Worldwide, Yorkshire Coast and Nature and Naturetrek). Running, yoga, cycling and hiking, in various combinations, are the ingredients for women-only trips in the Brecon Beacons (Element Active).

Travel companies that were successful in the UK before the pandemic are expanding, with new trips from Wilderness Scotland (who also launched Wilderness England in February), Inntravel, On Foot and Collett’s. To add to this roster, companies that used to direct all their attentions abroad, often in wonderfully exotic destinations, have turned their energies to the UK, bringing a wealth of experience and enthusiasm. Wild Frontiers are beginning with a trek through Northumberland.

Virtual travel is here to stay

Pre-pandemic virtual travel was seen as a bit of a gimmick, an ersatz substitute designed to give a mere whiff of the real thing. In trying out virtual travel, however, many of us have seen its potential. An art course in the virtual Galápagos did give me the feeling of being somewhere else, but by focusing intensely on the drawing and painting it helped rekindle my interest in these subjects, more efficiently and cheaply than actually going to those islands. The company involved, Art Safari, is expanding its range of virtual destinations to places like Cambodia and New Zealand.

Post-Covid, virtual trips are likely to become more than a quirky add-on, with increasingly sophisticated experiences. There are now interactive shopping trips in Morocco, online African safaris, yoga holidays and much more. Museums around the world have partnered with Google to produce increasingly sophisticated virtual tours of their collections, while national parks like Yosemite are also producing impressive virtual experiences. As well as video and Zoom, there’s also the world of virtual reality through headsets expecting an uplift. You can even experience the virtual reality of being on an aeroplane at the Somerset House games festival, Now Play This, running from March 25-28.

Will cities avoid a return to overtourism?

A year without tourism was a mixed blessing – locals loved having their cities back, but the economic hit was brutal. The “great pause” has given cities more time to work out how to manage overtourism. Amsterdam’s mayor wants to jettison “low value” tourists and move the city upmarket, banning visitors from cannabis cafes and relocating the red light district.

Will other destinations such as Barcelona, Venice and Dubrovnik get a grip on the problem, too? It may be that visitors will avoid such places anyway, the fear of over-crowding and close proximity to strangers causing a flight to less discovered destinations. A slow recovery in Barcelona might mean benefits for fellow Catalan cities Girona, Sitges and Tarragona. Regent Holidays does tours of less well-known cities like Lviv in Ukraine (where you could read Philippe Sands East West Street, one of my lockdown favourites), Zagreb and Tirana, among others.

One side-effect on cities has been an explosion in cycling and cycle infrastructure around Europe. Over €1bn has been spent and 1,400 km of lanes established, with France, Italy, Finland and the UK leading the way. Even cities like Milan, where the pre-pandemic car was king, have put in 35km of cycle lanes.

Will we go back to the railways and ferries, and embrace electric travel?

Byway, a new travel start-up, clearly thinks the future is rail. It launched last autumn offering no-fly trips in the UK and France with a promise to avoid crowds. New company Wild Europe is also offering rail travel on high-end tailormade trips to see Europe’s wilderness areas and visit rewilding projects like Slovakia’s Poloniny national park, where wolves, lynx, bison and bear are found. Before the pandemic there was much talk of new rail links across Europe and there are new services for routes such as Amsterdam to Vienna and the Tirol. If travellers are to avoid flying, ferry services will also be vital. Irish Ferries is offering package trips for UK drivers.

Regent Holidays is starting a new fly-drive option that only uses electric cars in Slovenia and Scandinavia, while Welsh holiday rental agent Quality Cottages has begun a list that offers electric hook-ups. Incidentally, the leading countries for electric vehicle charging points are Holland and Germany. Hiring a car here could be a good chance to have a break and test-drive an electric car.

After the great pause, the slow down

What does anyone want from a post-pandemic holiday? To eat different food and not do the washing up? To drink cold beer or read a good book under a warm sun, then get in the sea without suffering thermal shock? To see the children play outdoors rather than on screens? In many ways a holiday is a simple thing. Slow travel was an emerging trend before the pandemic: holidays from the hurly-burly with time to laze in a meadow, bake bread, read books and so on. A reaction to everything that is packaged, Instagramed and shallow, there has been a rapid rise in holidays that offer, among other things, off-grid living, mindfulness, and walking. The idea is to ease back, paying attention to local food, culture and language. It’s a message that companies like Responsible Travel and Original have been plugging for a while, but its time may now have come.