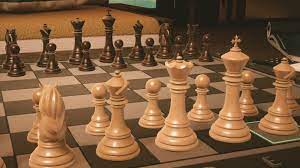 A fork in chess is when a player uses one piece to put two enemy pieces in danger. The attacking piece is the forking piece, and the pieces at risk are called the forked pieces. Any chess piece can fork, but some pieces are better at it than others.

For example, a pawn can capture pieces that are ahead diagonally by one square. If there are two opposing pieces on both spaces, the pawn is forking them. Opponents must capture the pawn to prevent their pieces from being captured.

Clever players can fork two pieces to bait a stronger piece into a spot to be captured. This forces opponents to decide which piece they want to lose, since it’s difficult to deal with multiple threats in one move. Forking with a knight is an excellent strategy as most pieces cannot remove it from play because it moves drastically differently from all other pieces.

In some instances, players can threaten the opposing king, which forces opponents to move their king to safety. This leaves the other piece vulnerable and free for the taking and can drastically turn the game’s tides.

Understanding a fork can help you capture your opponent’s pieces and avoid losing your pieces. Like all chess strategies, forking takes practice, but learning this tactic will improve your chess skills.