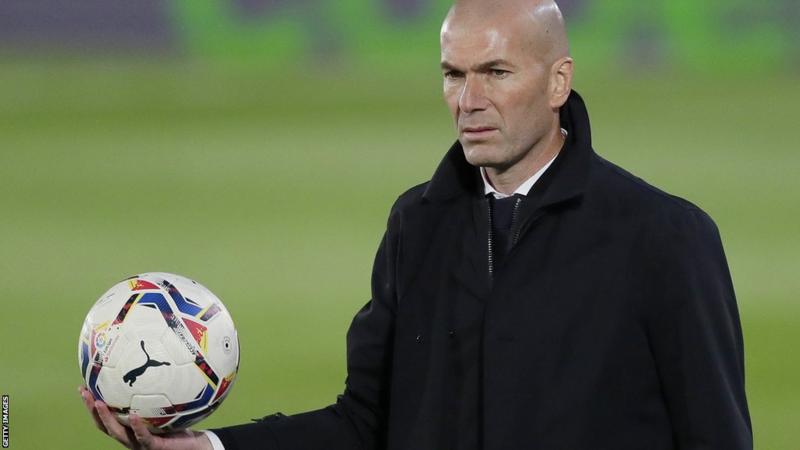 MADRID (Agencies): Zinedine Zidane has resigned as Real Madrid manager with immediate effect, the Spanish club said Thursday just days after they were beaten to the La Liga title by Atletico Madrid.

The Frenchman’s departure comes at the end of a disappointing campaign for the 13-time European champions, who also lost to Chelsea in the Champions League semi-finals, as they failed to win a trophy for the first time in 11 seasons.

“We must now respect his decision and express our gratitude for his professionalism, dedication and passion over the years and what he means to Real Madrid,” a club statement said.

“Zidane is one of Real Madrid’s great icons and his legacy extends beyond what he has achieved as a coach and player at our club. He is aware that he has a place in the hearts of the Real Madrid fans and that he will always have a home at Real Madrid.”

Zidane’s contract expires in 2022 but he had repeatedly refused to confirm he will still be at the club next season.

Only 10 days ago he denied press speculation he had already told his players he would be leaving at the end of the season.

“How am I going to tell my players that I am going now? It’s a lie,” he said after a 1-0 win at Athletic Bilbao.

“I’m focused on this season. There is a game left and we are going to give everything. I only care what happens in this finale,” he said at the time.

But, perhaps tellingly, he added: “The rest, we will see at the end of the season.”

The announcement marks the end of Zidane’s second spell in charge of the Spanish giants.

The 1998 World Cup winner first took the helm in January 2016 and guided Real to the 2017 La Liga title and an unprecedented hat-trick of Champions League titles before abruptly quitting on May 31, 2018, saying the club needed “a different voice”.

Less than a year later he returned after Julen Lopetegui and Santiago Solari were sacked as managers in quick succession.

During his second stint as Real coach, Zidane’s task was to rebuild the club after Portuguese star striker Cristiano Ronaldo moved to Juventus.

But Hazard has been injured for most of the season and most of the other new recruits disappointed, with Zidane forced to rely on veteran players such as Sergio Ramos and Raphael Varane in defence and Karim Benzema in attack.

The squad was also plagued with injuries and eight cases of Covid-19, all of which led to a rollercoaster performance this year.

In a tweet, Benzema thanked Zidane “for everything you have given me both professionally and personally.”

“I am proud and honoured to have been able to advance and grow with the man that you are. See you,” he added along with the hashtags “#legend#king”.

Zidane has a history of making surprise announcements: as a player, he initially announced his retirement from international football in 2004 before coming back for the 2006 World Cup, after which he retired for good following his infamous headbutt on Italy’s Marco Materazzi as France lost in the final.

He may now take another break from football although there has been talk of him either taking charge of the French national team or taking the helm at Juventus, where he spent five years as a player.

Juventus though have suffered financial pain as a result of the Covid-19 pandemic and might not be in a position to entice him.

And Didier Deschamps is likely to remain France coach until the 2022 World Cup in Qatar, barring a disastrous performance at the European Championship that kicks off next month.

As to who will fill Zidane’s boots at Real Madrid, several names have come up: former Juventus coach Massimiliano Allegri, ex-Madrid striker Raul Gonzalez or Joachim Loew, who steps down as Germany coach at the end of this summer’s European Championships.