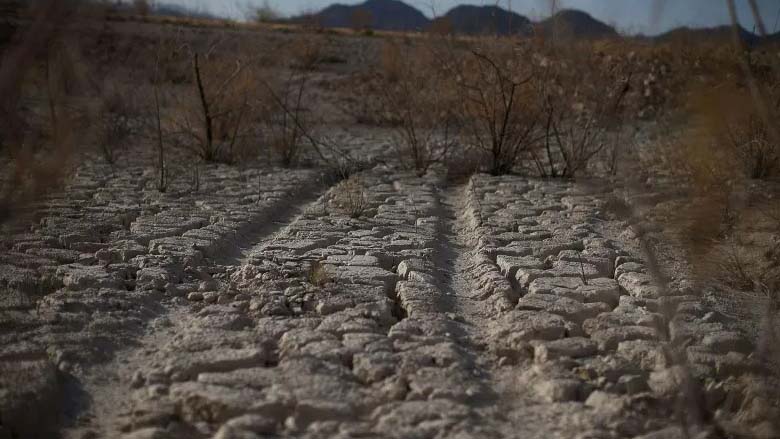 ARIZONA (Axios): The American West is in the midst of a punishing drought, and long-term conditions are only expected to get worse.

Why it matters: Much of the West has a deep history of decades-long “megadroughts” — and that was before the added drying effects of climate change. But with population in the region projected to continue growing, both water demand and carbon emissions risk an arid future for the West.

By the numbers: According to the U.S. Drought Monitor, nearly 40% of the West is currently in a state of extreme or exceptional drought, the two most severe categories, and barely 10% of the region is altogether drought-free.

And conditions aren’t likely to improve in the near future given the ongoing contributions of climate change. NOAA’s most recent Seasonal Drought Outlook predicts persistent dryness west of the Rockies, save for the Pacific Northwest, with drought affecting 74 million Americans.

Where it stands: The driest parts of the American West are already in the grips of a “megadrought,” defined as a prolonged drought lasting two or more decades.

The ongoing drought is the result both of reduced precipitation, including less of the winter snowfall that replenishes water reserves, and punishingly high temperatures, which strips the soil of moisture.

The big picture: The American West has a long history of recurring megadroughts that dates back to well before humans started putting carbon into the atmosphere.

A study published last year used moisture-sensitive tree-ring chronologies to find evidence — backed by historical documents of the era — of a multidecadal megadrought in the U.S. Southwest during the 16th century.

That megadrought was the worst in the region for at least 1,200 years — with the second-worst occurring over the past 20 years.

What to watch: Drought is a product of how little rain might fall and how hot temperatures become, but also of how much water humans are taking from the environment.

Even as the West is becoming drier, people are still flocking to the region — every decade between 1950 and 2010, population growth in the Desert Southwest was at least triple the overall U.S. rate.

Arizona — which averages 13 inches of precipitation annually, compared to 38 inches for the U.S. as a whole — currently has the highest population growth rate in the country.

This means that we’re adding more and more people to the very region in the U.S. that has both a history of extreme, multidecadal drought and is set to get drier in the years to come thanks to climate change.

The explosive growth of the U.S. West in the 20th century happened during an era that climatologists now believe was unusually wet for the region’s history — and unlikely to recur in the future.

Yes, but: Total water withdrawals in the U.S. actually declined 25% between the peak in 1980 and 2015 — one sign of our ability to decouple growth from water use.

Multiple states are experimenting with seeding clouds to encourage more precipitation, a small-scale version of geoengineering that has some science behind it.

The bottom line: Multiple past civilizations have met their demise in part due to megadroughts, but with smarter water management and climate action, that doesn’t have to be our fate.