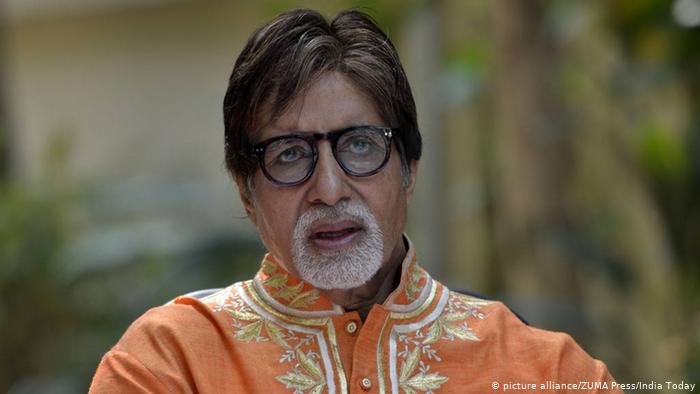 “As artists, I believe we have a duty to preserve what we create,” Amitabh Bachchan said, speaking on Friday at the awards ceremony organized by the International Federation of Film Archives (FIAF), a conglomerate of film archives from around the world.

“Our work represents a lifetime of passion and devotion to our craft. We need to ensure that we preserve this legacy in memory of all those who came before us and in recognition of the moving image as an art form and a visual document of humankind,” Bachchan said at the event which was livestreamed simultaneously from Mumbai, Brussels and Lausanne.

Various tributes to the Indian actor’s contribution to the preservation of the country’s cinematic heritage were made during ceremony, including through video messages from Hollywood directors Christopher Nolan  and Martin Scorsese, both past winners of the FIAF award.

Scorsese, the first recipient of the award in 2001, lauded Amitabh Bachchan’s cinematic career spanning five decades and including over 200 film appearances: “He’s a celebrated actor who has put considerable weight and reputation behind the cause of film preservation.”

The legendary Bollywood actor was born in 1942 to renowned Hindi poet Harivansh Rai Bachchan and his Sikh wife, Teji Bachchan.

Bachchan, or “Big B,” as his fans call him, began his acting career in 1969. Following different appearances in Hindi movies, his breakthrough came with the film Zanjeer (The Chain) in 1975, where he played the role of an honest police officer who clashes with the boss of a criminal gang.

That role, along with performances in subsequent movies including Deewar (The Wall, 1975), in which he portrayed a man disillusioned by the idealism of an honest life, resonated with the masses in socialist India and earned him the epithet of “the angry young man.”

Through Sholay (Embers), a 1975 western-style film about two crooks who escape prison, he gained cult status in India.

In the 1990s, Bachchan also became hugely popular in Afghanistan by starring in Khuda Gawah (God is the witness), in the lead role of an Afghan tribal chief.

He also featured in the Hollywood movie The Great Gatsby alongside Leonardo DiCaprio and has been the host of Kaun Banega Crorepati, the Indian edition of Who Wants to be a Millionaire.

He is among the richest actors in the world, with a net worth estimated at $400 million (€337 million).

Beyond India and Afghanistan, he is extremely popular in in the Middle East, especially in the UAE and Egypt.

India has not been very good at preserving its films, according to Shivendra Singh Dungarpur, the founder of the Mumbai-based Film Heritage Foundation, which nominated Bachchan for the FIAF award. “By 1950, India had lost almost 70% of its films, and of the 1,338 silent films made in India, just about 29 survived, many only in fragments,” he said.

The Indian actor was nominated for his advocacy efforts to preserve Indian cinema and related memorabilia, as well the celluloid prints of the films he produced and acted in, the FIAF said in a press release prior to the ceremony.

The International Federation of Film Archives (FIAF), of which India’s Film Heritage Foundation is an affiliate, is a Brussels-based organization.

It was founded in 1938 in Paris by the Cinematheque Francaise, the British Film Institute, the Museum of Modern Art Film Library and the Reichsarchiv in Germany, which was incidentally one of the world’s first film databases, established under Hitler and Nazi propaganda minister Joseph Goebbels, who was also among the initiators of the federation.