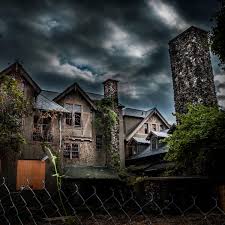 Hauntings, destructive passions and killer wasps … this glorious doorstep of super-queer terror is presided over by the ghost of Shirley Jackson

I wish some one would write a book about a plain, bad heroine so that I might feel in real sympathy with her,” wrote the North American memoirist Mary MacLane in 1902. Plain Bad Heroines wears its debt to MacLane on its sleeve, starting with an excerpt from her teenage confessional The Story of Mary MacLane, and then repaying that debt with not one, not two “plain bad heroines”, but a whole cast of them, scattered across the 20th and 21st centuries, doing their bad deeds from Rhode Island to California and back again.

Why those places? Because they’re the twin capitals of American horror, birthplaces respectively of HP Lovecraft and his nightmare derangements (one of Danforth’s chatty footnotes points out that the inscription on Lovecraft’s gravestone is “I am Providence”, Rhode Island’s state capital), and the slasher movie. And Plain Bad Heroines is a horror novel, a proper one: a big fat doorstep of super-queer terror that never runs out of ways to keep you deliciously disturbed.

In the early 19th century, MacLane’s (real) book reaches Rhode Island’s (fictional) Brookhants School for Girls, where its scandalous mix of sapphism and ego inspires the formation of a Plain Bad Heroines Society. But then two of the club’s members are killed by a freak swarm of yellowjacket wasps, one of their admirers dies strangely, and after that things get weirder still at Brookhants (pronounced “Brook-haunts”, a pun which the narrator disowns with winning chutzpah: “I cannot help that the school’s name is Brookhants and that it’s said to be haunted”). The relationship between principal Libbie Brookhants and her dear companion Alexandra Trills is tested beyond natural limits.

Those events entangle three more Plain Bad Heroines in the present day. There’s Merritt Emmons, a one-time wunderkind who wrote a dazzlingly successful book called The Happenings at Brookhants when she was 16, and has entered her early 20s with nothing more to show but writer’s block. (She’s been toying, futilely, with a continuation of Truman Capote’s unfinished novel Answered Prayers.) Happenings is now being turned into a film, produced by and starring the world’s hottest “celesbian” Harper Harper (her name is explained but I won’t spoil that here); the descriptions of Hollywood presumably draw on the adaptation of Danforth’s 2012 bestselling YA debut The Miseducation of Cameron Post.

And cast alongside Harper, there’s Audrey Hall, a young actor following unsteadily in the footsteps of her scream queen horror-star mother. Happenings is Audrey’s chance for a big break, so when the director explains that he wants her to conspire in creating a behind-the-scenes found-footage movie in which Merritt and Harper will be unwitting co-stars, she reluctantly agrees.

That brings our trio to Brookhants, and this is where things start to get really creepy. Which events are being orchestrated by the director, and which are legitimately supernatural? Could there really be a curse on Brookhants, and if so, when did it begin? With the deaths of the girls, with the tensions between Libbie and Alex, or with MacLane’s book, which seems to trail destructive passions wherever it’s found? Perhaps the trouble started earlier, when the Brookhants family home was built around an old folly known locally as “Spite Tower”, after a legend that it was erected to settle a score between two brothers by blocking a favoured view.

Danforth braids the layers of narrative together with expertise. She’s clearly a horror buff: besides Lovecraft, there are explicit nods to Blair Witch, Peter Straub, Berberian Sound Studio, M Night Shyamalan, The Omen and innumerable others. Another writer might have let the metatext choke the dread, but Danforth uses it to thrillingly corrode the reader’s own sense of reality: a recurring nightmare theme has the characters discover, or maybe hallucinate, that solid objects are made of the wood-pulp substance of the yellowjackets’ nest. Made of paper, in fact.

MacLane aside, there’s perhaps no writer with a stronger presence in Plain Bad Heroines than Shirley Jackson. Malevolent tower in sinister mansion? Fraught intimacies between women? Hello, The Haunting of Hill House. But while horror has historically drawn its evil life from repressed sexuality, Danforth wants more than frustration for her heroines. Merritt laughs at Harper for suggesting Brookhants was “planet lady love” – these girls, explains Merritt, got a brief season of fooling around before being forced into straight society as wives.

What if that wasn’t inevitable? Death and misery were once the only imaginable outcomes for a lesbian or bi woman in fiction, but that isn’t so today. What if she could create her own world? Plain Bad Heroines is that creation: in this novel, everything that happens, happens between women. I’m not even sure there’s one conversation between two male characters – whatever the reverse of the Bechdel test is, Danforth defiantly flunks it. Her novel is beguilingly clever, very sexy and seriously frightening.