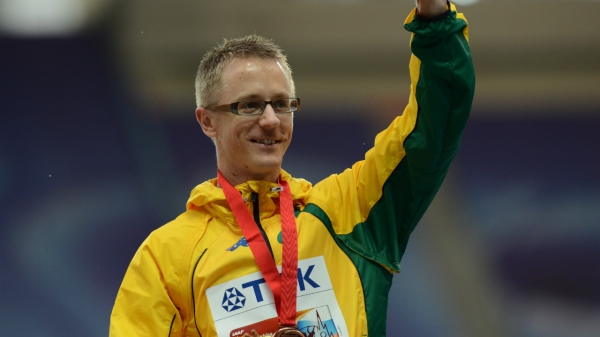 The 36-year-old won gold in the 50 kilometre race walk at the London Olympics in 2012, adding to the 50km silver and 20km bronze medals he picked up in Beijing four years earlier.

Tallent also won silver in the 50km in Rio and was a three-time World Championship silver medallist in the same event in 2011, 2013 and 2015.

“I was honoured to be able to present Jared’s gold medal from London 2012 in Melbourne four years later,” Coates said.

“Presenting an Olympic medal is an honour, but even more so to be part of rectifying the injustice perpetrated on Jared by a doping cheat.”

Tallent has suffered a recurring hamstring injury and decided to retire after it prevented him from competing at Australia’s national championships this weekend.