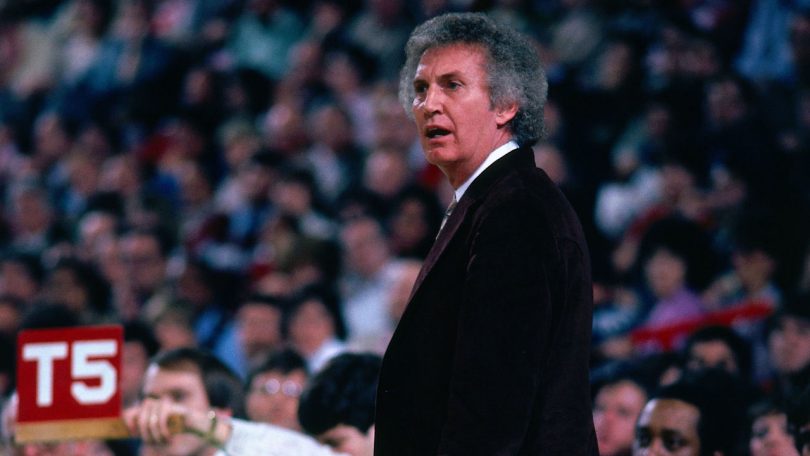 John Albeck told the San Antonio Express-News his father had a stroke March 14 and was living with him in San Antonio since that time.

Albeck, who grew up in Chenoa, Ill., and played basketball for Bradley, was a college coach beginning in 1956 with Adrian College.

His head-coaching timeline began July 23, 1979, when he was hired by the Cleveland Cavaliers.

When Albeck arrived in San Antonio, he was welcomed by the community.

“Right after he got here, somebody gave him a pair of cowboy boots, and he wore those things everywhere,” Wayne Witt, the Spurs former media director, told the San Antonio Express News. “He didn’t care if he had a suit on or not, he’d wear his cowboy boots. He couldn’t wear a Stetson hat because of that hairdo he had, but he wore those boots.”

Albeck gained fame with the Spurs, leading them to back-to-back appearances in the conference finals, losing both times to the Los Angeles Lakers in 1982 and 1983.

“Coach Albeck wasn’t just important to the Spurs,” Spurs coach Gregg Popovich said. “He was what I call a lifer. People like myself don’t come close to loving the game as he did and his whole family did. They participated in so many ways and followed him so many places, ABA, NBA, assistant coach, head coach, by gosh. … He loved it.”

With the Bulls in 1985-86, Albeck coached Michael Jordan during the Hall-of-Famer’s second NBA season.

Albeck was the lead assistant for the Atlanta Hawks from 1996-2000, and then served two seasons with the Raptors until a stroke in 2001 ended his coaching career.

Albeck and his wife of 64 years, Phyllis, had five children. Phyllis died in 2017.