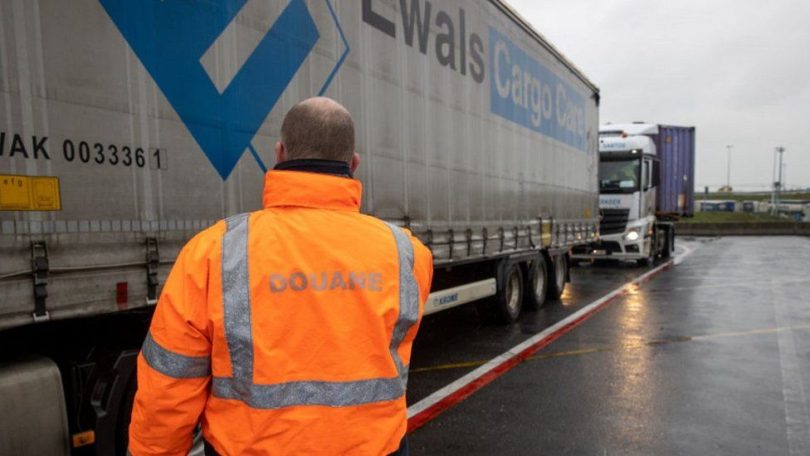 The wide-ranging EU-UK Trade and Co-operation Agreement was clinched on 24 December. It is in force provisionally.

The EU still has concerns about the way the UK is implementing the separate protocol for Northern Ireland.

MEPs are yet to vote on the trade deal in a full session. The deadline for that is the end of this month.

There were 108 votes in favour, one against and four abstentions in the parliament’s trade and foreign affairs committees.

Why does the trade deal matter?

There was relief on both sides when the deal was finally struck before Christmas, because a no-deal scenario on 1 January would have meant the imposition of many tariffs (import taxes) and quotas under World Trade Organization (WTO) rules.

Even with the deal, Brexit has brought extra paperwork and other administrative costs for UK and EU businesses. But without the deal the costs would have been greater, along with disruption to transport and various other EU-UK links.

The EU is in a legal row with the UK because the UK government unilaterally extended a series of “grace periods” to ease trade between Britain and Northern Ireland. Under the protocol, new EU checks are to be imposed on that trade, but the UK’s move has delayed them.

The controversial protocol, which followed years of legal wrangling, is designed to keep Northern Ireland inside the EU’s single market for goods. But as Britain is now outside, various bureaucratic hurdles have arisen. And that has fuelled political tensions. The protocol is seen as a factor in the recent street clashes in Belfast.

The different rules are aimed at maintaining an open border – and smooth trade – between Northern Ireland and the Republic of Ireland, which remains in the EU.

The threat of non-ratification is still there. EU governments approved the deal, but MEPs still have to ratify it, otherwise no-deal becomes reality.

Austrian MEP Andreas Schieder gave a mixed message. He said the deal would “bind the UK to our current high labour and environmental standards”, but warned that “all progress could be lost if the UK continues to unilaterally breach the Withdrawal Agreement and the protocol on Northern Ireland”.

The BBC’s Kevin Connolly in Brussels says the parliament’s threat is the only real tool for applying pressure on the UK – but now ratification looks more likely.

UK Brexit Minister Lord Frost is to hold talks over dinner in Brussels shortly with EU Commission Vice-President Maros Sefcovic, in a further bid to resolve the protocol dispute.