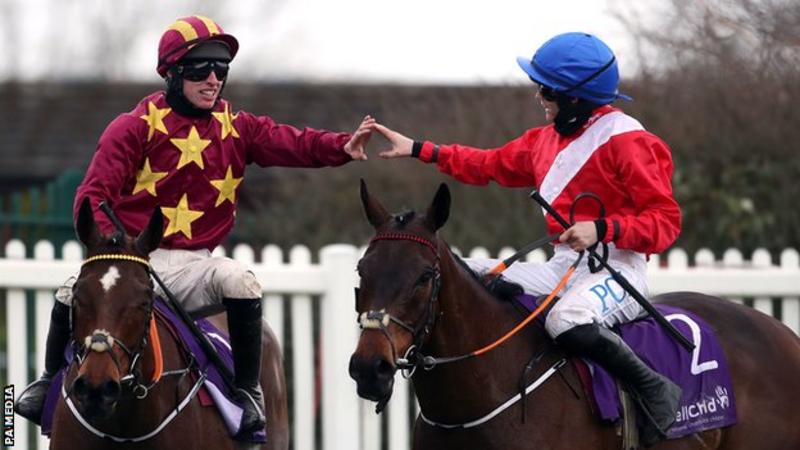 Minella Indo won a thrilling Cheltenham Gold Cup under Jack Kennedy to deny Rachael Blackmore aboard A Plus Tard in a 1-2 for trainer Henry de Bromhead.

Victory sealed a historic hat-trick for the Irish trainer, who also landed the Champion Hurdle and Champion Chase.

The 9-1 chance Minella Indo won by one and a quarter lengths with two-time champion Al Boum Photo in third.

Picking A Plus Tard ahead of Minella Indo was probably trailblazing Blackmore’s only wrong decision of the week, but it was an emotional success for Kennedy.

“I can’t believe it. This is what I have dreamed of as a child,” said the injury-hit rider, who missed last year’s meeting with a broken leg.