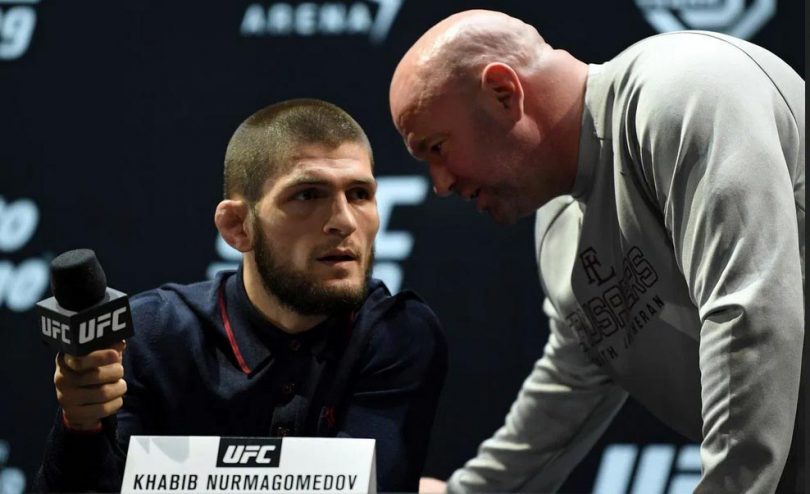 Nurmagomedov, 32, announced his retirement after beating Justin Gaethje at UFC 254 in October to retain the lightweight title and extend his perfect professional record to 29.

“29-0 it is,” White said on Twitter.According to ESPN, Charles Oliveira and Michael Chandler will fight for the now-vacant lightweight title at UFC 262 on 15 May.

White has previously said he hoped the Russian would return to seek a 30th win, but accepts his career is now over.

“He is 100% officially retired,” he added. “It was incredible to watch you work Khabib. Thank you for everything and enjoy whatever is next my friend.”

Nurmagomedov is touted by some as the greatest MMA fighter of all time not just because of his perfect record, but the sheer dominance of those victories.

Opportunities for lucrative further fights, including rematches with Conor McGregor and Georges St-Pierre, were undoubtedly there, but Nurmagomedov had promised his mother the Gaethje fight would be his last. That vow was made following the death of his father, coach and mentor Abdulmanap last summer.