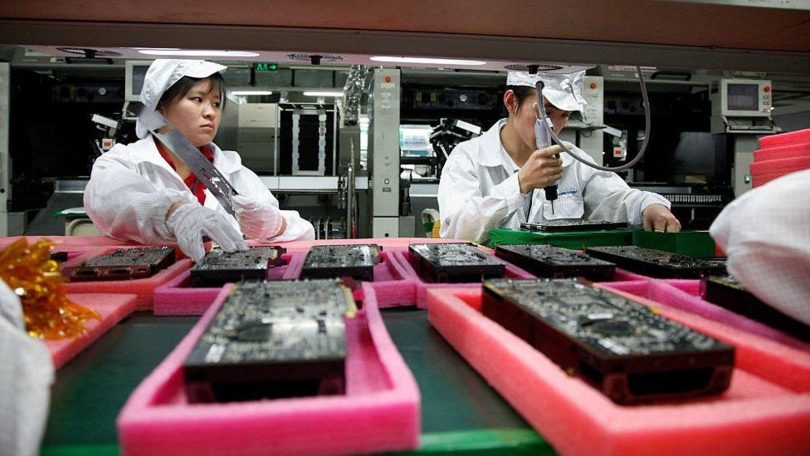 China is at least 30 years away from becoming a manufacturing nation of “great power”, a government advisor told party delegates on Sunday.

Many observers already see China as the “world’s factory” given that more than a third of global output from cars to phones comes from there.

But China’s leaders are concerned about its heavy dependence on the US for high-tech products like semiconductors.

“Core technologies are in the hands of others” and China runs the risk of “being hit in the throat” warned Mr Miao, who was Minister of Industry and Information Technology for a decade.

He is now a member of the Chinese People’s Political Consultative Conference (CPPCC), the top advisory body to the government.

Although China still produces a significant amount of consumer and industrial products, its manufacturing output as a share of its economy has declined.

Last year, manufacturing accounted for slightly over a quarter of Gross Domestic Product (GDP), the lowest level since 2012.

“The ratio of manufacturing output to GDP has been declining too early and too quickly” Mr Miao said in a speech to CPPCC delegates at the Great Hall of the People in Beijing.

“China’s manufacturing industry has made great achievements in recent years, but the situation of being big but not strong and comprehensive but not good has not been fundamentally changed,” Mr Miao added.

China also laid out its draft economic plan for the next five years. It wants to speed up the development of advanced technologies from chips to artificial intelligence.

The initiatives follow repeated blocks on China’s access to US technology under the Trump administration. Chinese companies such as Huawei have been cut off from buying critical components.

Establishing its own world-class domestic chip makers has become a top priority for Chinese leaders.