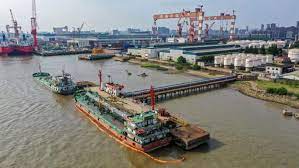 China’s crude oil imports from top supplier Saudi Arabia rose 8.8% in March from a year earlier, driven by strong demand and as shipments delayed due to a port congestion finally arrived.

Imports from the United Arab Emirates also rose again, up 86%, as some Iranian barrels were believed to have slipped in.

That was higher than 1.7 million bpd a year earlier, but below imports of 1.94 million bpd in February.

China’s crude oil imports from Russia rose 6% in March to 1.75 million bpd from a year ago, but slipped from 1.91 million bpd in February.

Analysts from Refinitiv expect arrivals from Saudi Arabia to further drop in April given a voluntary supply cut of 1 million bpd by the producer and increasing prices of Arab light crude for the Asian market.

Appetite of spot oil would turn to more price competitive African sources, with China’s imports from Angola at 0.74 million bpd in March, versus 0.73 mln bpd a month ago.

The customs data also showed that crude oil supplies from Kuwait increased to 0.6 million bpd, up 29% from a year earlier.

Reuters reported that Iran has “indirectly” moved record volumes of oil into China in recent months, marked as supplies from Oman, the UAE and Malaysia. Most of the oil ended up in east China’s Shandong province – a hub for the country’s independent refineries. read more

Below are details of imports from key suppliers.