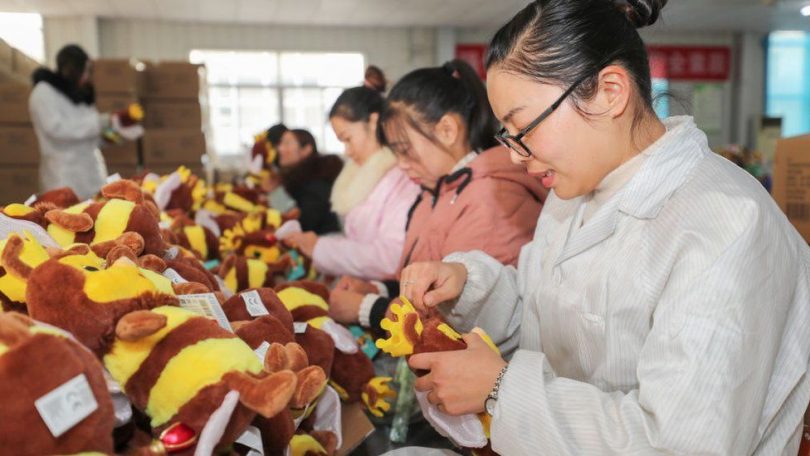 BEIJING (BBC): China’s economy grew a record 18.3% in the first quarter of 2021 compared to the same quarter last year.

However, Friday’s figures are below expectations, with a Reuters poll of economists predicting 19% growth.

They are also heavily skewed, and less indicative of strong growth, as they are compared to last year’s huge economic contraction.

In the first quarter of 2020, China’s economy shrank 6.8% due to nationwide lockdowns at the peak of its Covid-19 outbreak.

“The national economy made a good start,” said China’s National Bureau of Statistics, which released the first quarter data.

But it added: “We must be aware that the Covid-19 epidemic is still spreading globally and the international landscape is complicated with high uncertainties and instabilities.”

Other key figures released by China’s statistics department also point to a continuing rebound, but are also unusually strong because they are compared against extremely weak numbers from last year.

It’s ironic that China’s economic boom has been announced just as its leader wrestles with the problem of climate change – which has been caused by economic growth over the decades.

Historically, that growth has been almost completely fuelled by emissions from burning coal, gas and oil.

China has promised to freeze its growth in emissions by 2030 and halt them totally by 2060.

But President Xi is hearing from France’s President Macron and Germany’s Chancellor Angela Merkel that it can and should freeze emissions earlier – perhaps by 2025.

Leaders of the EU and US are also urging China to stop funding new coal-fired power plants in poor nations in the so-called Belt and Road initiative.

The world will suffer, they say, if African nations follow the polluting path to prosperity laid down by nations which got rich on coal.

“Promisingly, the monthly indicators suggest that industrial production, consumption and investment all gained pace in March on a sequential basis, following the weakness in the first two months,” said Louis Kuijs, head of Asia economics at research and consultancy firm Oxford Economics.

However, some analysts predicted a number of sectors will slow as government fiscal and monetary support is reduced.

Yue Su, the Economist Intelligence Unit’s principal economist for China, while the latest figures show that the country’s economic recovery is broad-based, some production and export activity could have been “front-loaded” into the first quarter, suggesting slower growth ahead.

“Trade performance and domestic industrial activities for the rest of year might not be able to maintain such strong momentum, due to lack of measures to stimulate domestic economy,” she said.

The figures nevertheless suggest China has continued to gain economic momentum. Comparing growth for the last quarter with the last quarter of 2020, the Chinese economy grew by a far smaller 0.6%.

Helped by strict virus containment measures and emergency relief for businesses, the economy has recovered steadily since the pandemic hit.

Despite a calamitous start to the year, China was the only major economy to register growth in 2020 albeit its weakest in decades, at 2.3%.

China has set an economic growth target of 6% for 2021, after scrapping its target last year.