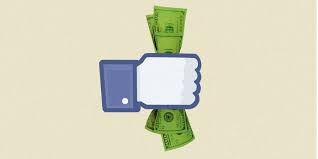 Driving the news: The platform will be tested with a small group of writers, some of whom Facebook plans to pay to help get the tools off the ground.

The publishing platform is free-to-use and will be integrated with Facebook Pages, sources say.

The Pages integration will allow writers, journalists, and other types of professional experts to publish content outside of text, like live videos and “Stories” status updates.

Facebook plans to build tools within the platform that allow writers to monetize their websites and newsletters with subscriptions and possibly other forms of revenue.

The platform is meant to help writers create an engaged audience community. Facebook will allow writers to create Groups for their products on the Facebook, with metrics about how content is performing.

Be smart: Beginning around four years ago, Facebook began investing in incubator programs, products and events that are geared towards helping news companies, especially at the local level, build sustainable revenue streams.

It also created a separate feature called the “News Tab” as a dedicated space for news on Facebook where it has paid partnerships with many established news companies.

On Monday, Facebook struck a three-year deal to pay Rupert Murdoch’s News Corp for news content in Australia. The deal came a month after Facebook temporarily blocked link-sharing to news sites in the region. Facebook has an agreement with News Corp in the U.S.