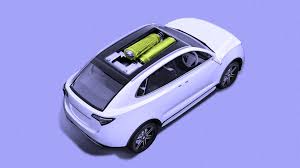 CALIFORNIA (Axios): Axios’ Joann Muller reports that as the auto industry ramps up production of electric vehicles, some big carmakers aren’t taking any chances on securing the necessary batteries: They plan to make their own cells.

Why it matters: Efforts to rapidly improve battery technology and make EVs more affordable could be hampered by a shortage of raw materials like lithium, cobalt and nickel. Many automakers are racing to lock up supply chains — and in some cases, to produce batteries themselves.

Driving the news: Volkswagen, the world’s second-largest automaker, took the boldest step yet with a plan announced Monday to build six giant battery factories in Europe by 2030.

Together, the six plants could provide up to 240 gigawatt-hours of battery capacity — 12% more than the entire world consumed in 2020, according to Benchmark Mineral Intelligence.

That’s enough capacity just in Europe to build 4 million to 4.5 million electric vehicles, depending on the size of the cars’ battery packs, Benchmark says.

The effort will cost about $29 billion and would make VW (along with partner Northvolt) the world’s second-largest cell producer after China’s CATL, according to BloombergNEF.

Most automakers, even Tesla, the leading EV company, assemble battery packs from cells imported from Asia.

But with demand expected to soar as more EVs come to market, manufacturers are taking steps to ensure they’ll have needed supply.

GM and South Korean partner LG Chem are investing $2.3 billion to build a 30 gigawatt-hour factory in Ohio, and are scouting a second location.

Tesla kicked off the scramble last fall by announcing it would build its own cells and would produce a staggering 3 terawatt-hours (3,000 gigawatt-hours) a year by 2030.

What’s next: The focus is turning to how quickly the world can scale the raw materials and chemicals that feed all those battery plants, according to Moores.

VW’s six plants alone would consume more than 60% of the lithium produced globally in 2020, Benchmark estimates.