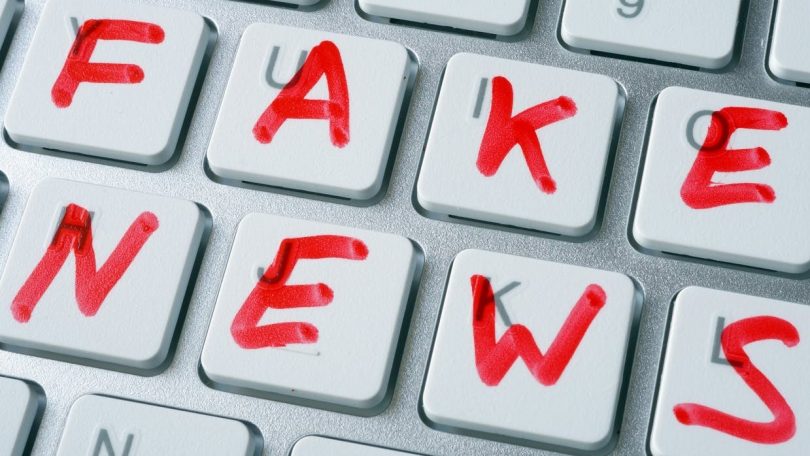 In the end of October last year, Internet frothed in rumours that a new war just started in Pakistan. Twitter blasted with imagines alleged to be Karachiites out fighting in the hazardous streets. The hashtag #CivilWarInPakistan spread to a puzzled Pakistani public, seeing burned tyres, tanks rolling into the city and newsflashes stating countless casualties. Even more perplexed were the people sitting at restaurants in the middle of Karachi, munching burgers, while disaster pictures of the street right outside flooded their timelines. It was like watching a prime-time TV-show, with the addition of a thousand funny memes and if it wasn’t such a serious issue to instigate unrest in a nuclear packed area, it would have been opted for as the best entertainment of 2020. The event didn’t stick as truthful this time though and even international media read between the lines and dissected the bogus it turned out to be.

A few weeks later, Pakistan pulled out a Red Line Card from the sleeves and presented a dossier with evidence of Indian supported terrorism on Pakistani soil.

“We are now presenting irrefutable evidence to the world to demonstrate the Indian state’s direct sponsorship of terrorism in Pakistan that has resulted in the deaths of innocent Pakistanis. The international community can no longer turn a blind eye to this rogue behaviour” FM Qureshi

Right after the dossier, the next bombshell hit the headlines. A massive report on the Indian fake news machinery, gobsmacked Pakistan as well as parts of the international community. This report made all other occasions of disinformation suddenly fit into the bigger scheme, and the origins of the “civil war” couldn’t be clearer. It revealed that for almost a generation, India had been waging a hybrid war against Pakistan to intensify its attempts to isolate the latter regionally as well as internationally. In many ways, it was a fruitful war.

According to the report, more than 700 Indian sponsored websites, dispersed across 119 countries, were set up to influence the European Union and the United Nations, with the key objective to destabilise Pakistan. The report exposed a disinformation operation, led by Srivastava Group, that had been in play the last 15 years, with no objections from countries, officials or partners it involved.

The operation’s mission is to discredit nations in conflict with India in Asia, in particular Pakistan but also China to a lesser extent. Its long-term objectives are:

In India, to reinforce pro-Indian and anti-Pakistan (and anti-Chinese) feelings.

Internationally, to consolidate the power and improve the perception of India, to damage the reputation of other countries and ultimately benefit from more support from international institutions such as the EU and the UN. (https://www.disinfo.eu/publications/indian-chronicles-deep-dive-into-a-15-year-operation-targeting-the-eu-and-un-to-serve-indian-interests)

What cracked open and now is under the radar, is not distortion at the usual “troll factory” level. It’s a massive, damaging and continuous attack against Pakistan and a security breech by international institutions, that allowed fake news to dig deep into the heart of their own organisations. The large web of fake NGO’s, phoney news-sites and resurrected people, have all assisted New Delhi, ruled by India’s ultra-nationalist Narendra Modi, in its quest to adjust the narrative. They have operated with no international scrutiny or warning bells ringing.

Fifteen years of disinformation leaves deep scars for the target and Pakistan has paid a high price for being projected as a villain, beggar and of course a vile terrorist nation. It has put Pakistan in a vicious limbo, with a place on the Financial Action Task Force (FATF) grey list and in the position of being habitually depicted through a tainted Delhi lens in international media. It also tilted the global attention of the situation in Indian occupied Kashmir, where false news facilitated India’s refusal to comply to international law and enabled rejection of all proposals to hold negotiations.

False flag operations have been launched and used to divert public attention from an endless list of Human Rights violations in Kashmir. “News-anchor” Arnab Goswami’s leaked correspondence before the Pulwama attack, where he bragged about Modi being about to take a big step against Pakistan, is just one example of these staged attacks.

As unpleasant as all these revelations are, they have also opened new windows of possibilities for Pakistan to reshape a planted narrative, with some actions already initiated:

The European Parliament and European institutions have been alerted.

The chair of the NGO committee in ECOSOC has been asked to de-register 10 fake NGOs identified in the Indian chronicles.

The UN human rights apparatus has been notified.

Authorities in Switzerland and Belgium have been “urged to investigate the finances and transparency of the relevant NGOs registered within their jurisdiction”.

Internally, Pakistan is of course not one homogenous entity, but a large country with numerous political associations and people with various aspirations. Some have been scrutinised for their clear anti-Pakistan stance before, but the Indian Chronicles has provided a deep dive into how interconnected they are and also where their loyalty is located. Criticism against policies is of course legit and it contributes to development, but a line needs to be drawn when the dissatisfaction is funded by the same malevolent network that now has been revealed.

“Treason against the US, shall consist only in levying War against them, or in adhering to their Enemies, giving them Aid & Comfort”.

Someone that receives money, takes orders from or is given guidelines by an enemy or affiliate that wants destabilisation or even regime change (in his homeland), is not a “political dissident”, but a traitor in most country’s constitution. This distinction needs to be stressed internally as well as to a world that has been saturated by incorrect news and desensitised to whom they entrust to convey news. The risks are tightly intertwined with the chances here, since Pakistan is battling to clear its image on multiple levels. If Pakistan can capitalise on the now laid bare connections and legally and morally expose the harmful activities, it can reduce the internal dispute and offer a better framework for a free and unbiased information provision.

Time is dire and with the irrefutable evidences of Indian sponsored terrorism on Pakistani soil, as well as strong proofs about false flag operations conducted to damage Pakistan and a busted giant fake news conglomerate, there’s more than enough material to influence international bodies. This work has begun and can be emphasised by a bottom-up approach to raise public awareness with the help of a broader network of educated voices inside Pakistan and in the large diaspora.

Externally, not only Pakistan but also the international institutions and governments have been embarrassingly exploited by the disinformation operation. The Indian Chronicles has unveiled glitches in prominent organisations and opened a Pandora’s box of questions. Because, how can the institutions and countries flaunting their supremacy in fields like Human Rights, Equality and International law, be hoodwinked into trusting completely false news, for the staggering period of 15 years? How can an expose like this not shake the very foundations of these institutions, when all they officially stand for has been compromised and harmed? Pakistan has briefed many of these organisations about the magnitude, but much work remains. Change of perceptions come into effect gradually, where right and wrong is weighed during the process. In the example of colonialism, the view of its legitimacy was challenged with an increasingly convincing discourse that displayed the abnormal and illegitimate reality of colonial exercises. As with colonialism, the roots of distortion are deep and don’t end by the mere destruction of a word, but requires a revaluation of the used terminology and eventually the narrative i.e., the roots need to be dealt with.

The recent news that FATF will keep Pakistan on its Grey list at least until June, while many other countries are not even mentioned by the organisation, gives a hint about just how uphill the battle to change a narrative is, but it also leaves an open space to challenge these organisations. This has nothing to do with Pakistan’s prerequisite to solve the tasks imposed by FATF, which are among the toughest conditions any country needed to meet, but everything to do with mentioned organisation’s lack of applying same rules for all nations.

In December, The European Commission’s Vice President, Vera Jourova, said that “EU’s executive arm will propose sanctioning entities who spread disinformation – especially “foreign actors” and suggested to impose a cost on countries engaged in spreading fake news. Her remarks were mainly directed at Russia and China, but then again: – If the EU wants to honour its own guidelines, there has to be an open dialogue about how the EU could be used as a mere tool by this vast entanglement and above all: What can be done to vindicate a victim of propaganda and what arrangements will be done to stop further activities of the sort?

The Indian chronicles has given Pakistan a chance of amendment. As significantly, it has given international organisations and countries an opportunity to scrutinise their own bodies and include India on the watchlists when it comes to terrorism financing and fake news. That is possibly utopian, considering the track record of double standards and bias, but nevertheless it’s what should be asked for. An accountability deficit in International Organisations is not beneficial for anyone.

India has sponsored media, puppet NGO’s, foreign anti-Pakistan groups, people (parliamentarians, “dissidents”, anchors and human rights groups) and staged false flag operations to damage Pakistan’s national interests and reputation abroad. The network has been operational in the core of the UN and EU and managed to bolster a false and harmful discourse, that even escalated the tension between two nuclear powers. That is not a small felony, but a long-term erosion of trust, options and rights for the affected. And it’s a time to bring the matter to a head.

For Pakistan, who needs to work hard to reclaim its image, expose collaborators and build a new narrative. And for the international organisations, the EU, UN and other groups, that were caught red-handed believing and circulating news from shady sources, without any verification, and during 15 long years. Because, it indeed provokes uncomfortable questions when the victim is forced to find ways to exculpate himself and the culprits are still roaming the corridors of power in the EU and UN.