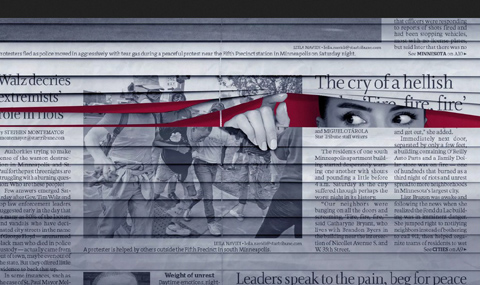 The COVID-19 crisis put the news cycle on overdrive and propelled a massive shift to digital media — forcing consumers to sort through more news and information than ever before.

Why it matters: In an attempt to navigate that influx, Americans leaned deeper into partisan echo chambers, further polarizing the nation.

Details: The gap between Democrats’ and Republicans’ trust in mass media reached an all-time high by the end of 2020, and their media diets continued to diverge.

The big picture: The shift to virtual life, and a major decline of trust in media, wreaked havoc on the health of America’s information ecosystem.

Be smart: For Americans looking to escape the headlines, entertainment content became easier to access at home than ever before, thanks for heavy investments in streaming from Hollywood and Silicon Valley.

What’s next: Many of these habits will be hard to undo. Screen time for kids and adults has consistently increased over the past year, despite easing COVID restrictions. Evidence disputing major conspiracy theories hasn’t helped to break filter bubbles. And the traditional 90-day window between theatrical and streaming releases is unlikely to return.