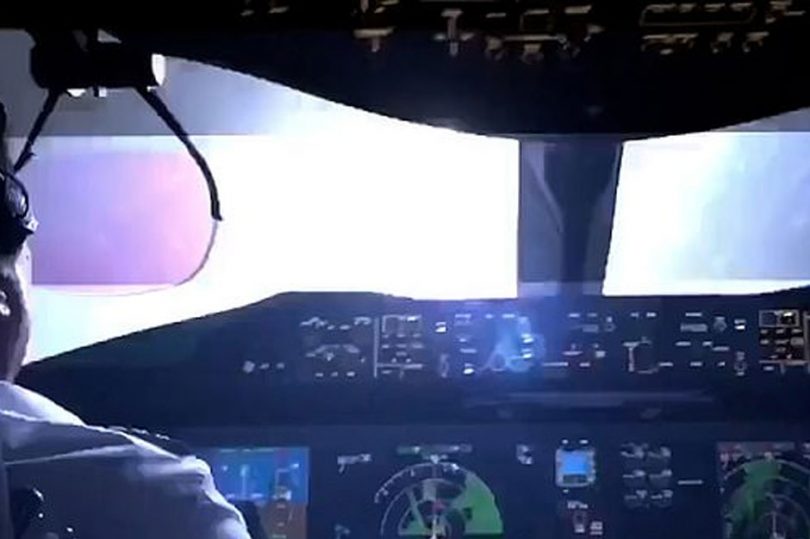 PANAMA CITY: A plane with 140 passengers on board was struck by lightning as it prepared for landing at a Panama City airport.

The Boeing 737 MAX aircraft was flying at approximately 30,000 ft and was going to land at the Tocumen International Airport.

Footage captured from within the cockpit shows a powerful lightning bolt strike the nose of the plane.

The pilots were stunned by the sudden lightning strike only yards outside their window in almost complete darkness.

No damage to the plane’s fuselage was reported nor any passengers or crew were harmed.

“Lightning strikes happen quite often but it’s special to capture one on video. I was just recording the flight during the storm,” the person who filmed said.