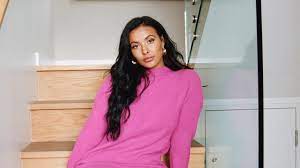 If you took a quick scroll through Maya Jama’s Instagram, you would probably conclude she’s the most glamorous woman in telly.

Her grid is full of stunning selfies, red carpet photos and behind-the-scenes videos of the presenter wearing a full face of make-up, hair on point and often rocking a banging outfit.

But take a look at her stories and you might find a different Maya – she regularly goes live sporting gym clothes, no make-up, with her hair piled into a bun. She tells BBC Three that’s intentional.

“I am super aware that if you didn’t follow me or you just glanced at my Instagram quickly and saw the super glam pictures, you’re not going to know that it took four hours and there’s a team of us,” she says.

Maya has been presenting since she was 16 and although she now has a glam squad to help her get ready, it hasn’t always been that way.

She jokes in the early days she had many “make-up disasters” and would often turn up to set looking like a “hot mess”.

“I’d wear too much powder so I’d be grey, or my eyebrows weren’t good.

“I’d be so shy to say something [to producers] because I was so grateful to be there and I didn’t want to kick off, so I ended up going to the bathroom and editing it myself and trying to put more bronzer on.”

‘Not everyone can do make-up’

These mistakes have given her extra respect for the contestants of Glow Up, many of whom have self-taught their skills from YouTube.

Unlike the previous two series when Maya, alongside the rest of us, watched from home, she says being on set has opened her eyes to “the graft and the technicality behind all of it – you see it differently when you’re up close.”

And if you see Maya wearing more experimental make-up in the future, it’s probably down to the series.

“It opened my eyes to more creative make-up and wanting to try all different things.

“Dom [Dominic Skinner, one of the judges] and I did a shoot the other day and he did glittery eyebrows on me and back in the day I would have never done that but now I see it as more expressive.”

To anyone who dismisses a programme about make-up as ‘basic’, Maya has a message:

“It’s hard and it’s not something that everybody can do.

“If you are ignorant and look at it like ‘oh, it’s a bit of contour or whatever, I don’t care about it’, that’s as closed minded as you’re going to be.

“But when you look at everything that goes into it, it’s painting, it’s shapes, it’s working with light and shadow, it’s wig caps, it’s hiding eyebrows and using glue.”

‘I had to stop using filters’

This upcoming season of Glow Up is the third since its launch in 2019 and was all filmed during lockdown.

For the beauty industry, the pandemic has been an odd period – there’s less of a need to get ready, but self-awareness is at an all-time high.

We constantly see our reflection on Zoom meetings and a lack of social life is pushing some of us to spend more time online – internet usage doubled in 2020, and Maya found herself experimenting with face-tweaking filters more than usual.

“I’ve tried to stay away, but there was one stage in lockdown when I was using them loads,” she says.

“I did a story saying I’m going to stop using them because you end up getting used to it, and then, when you don’t have them on you think ‘actually I don’t really like how that looks’ and it warps your own mind, so I’ve tried to cut down.”

She adds filters are “tricky because we like looking cute but you don’t want to question your own face because of a cartoon one Instagram is giving you.”

Filters are just one of the reasons Maya thinks it’s harder growing up now than it was when she was 17, nine years ago.

She says unlike then, when you could only look at celebrities in magazines or on TV shows, they now appear on the same timelines of the apps we use, meaning it’s “easier to compare yourself.”

“Instagram makes us feel like we’re so connected and that can cause a lot of pressure – that’s why I think transparency [about glam teams] is really important.”

One area Maya feels has improved over the last few years is availability of make-up for all skin tones. It’s something she struggled with as a teenager.

“When I was growing up, especially because I had a white mum, the make-up in my house was for white skin, so that never matched me.

“Then you would go into shops and there would never really be our skin tones so that was a struggle, but I think it is slowly changing and there are more brands that are more diverse and inclusive.

“It’s really important nowadays with any company to be diverse and make sure they’re inclusive of everybody.”