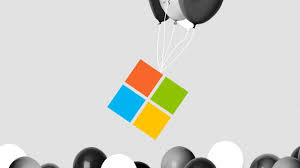 WASHINGTON DC: Micr-osoft announced Monday it would buy Nuance Comm-unications, a software company that focuses on speech recognition through artificial intelligence, in an all-cash transaction valued at $19.7 billion (including debt assumption).

Why it matters: This is Microsoft’s second-largest acquisition, behind the $26.2 billion deal for LinkedIn in 2016.

Microsoft is trying to le-apfrog competitors like Go-ogle and Amazon as they face record antitrust scrutiny. Its cloud business has also been booming during the pandemic. Microsoft’s stock hit an all-time high on Friday, as it approaches $2 trillion in market value.

The deals Microsoft is eyeing are significantly larger than its usual targets.

Microsoft tried to buy TikTok’s U.S. operations last year in a deal reportedly valued between $10 billion to $30 billion. Reports suggest it’s in advanced talks with gaming chat app Discord for a deal worth more than $10 billion.

A report in February suggested Microsoft was eyeing a takeover Pinterest, worth $53 billion on the public market. Last September, it bought gaming giant ZeniMax Media for $7.5 billion.

Aside from its acquisition of Linkedin, Micros-oft’s biggest deals have all been worth less than $10 billion. (The company purchased aQuantive for rou-ghly $6 billion in 2007 and Skype for $8.5 billion in 2011.