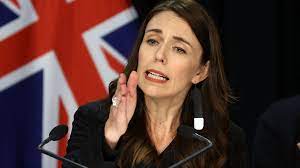 WELLINGTON (Axios): New Zealand has announced a temporary entry ban on all travelers from India, including NZ citizens, after a spike in COVID-19 cases at the border from the South Asian nation — which set another pandemic record on Thursday.

Driving the news: NZ Prime Minister Jacinda Ardern announced at a briefing the 17-day suspension after 17 of the 23 new coronavirus infections confirmed Thursday in returned travelers in managed hotel quarantine were from India.

For the record: New Zealand has largely contained the virus to managed hotel isolation facilities and has been looking at ways to lower the risk at the border, which was closed to most non-residents in March 2020 as the pandemic spread around the world.

What they’re saying: Ardern noted that cases of the virus have been on the rise internationally, “with surges particularly in Brazil and India” and that “we are starting to see this global trend mirrored here.”

Of note: The announcement of the ban, from April 11-28, came as Indian Prime Minister Narendra Modi implored citizens to get inoculated against the virus, as he shared a photo to Twitter of the moment he received a second vaccine dose.