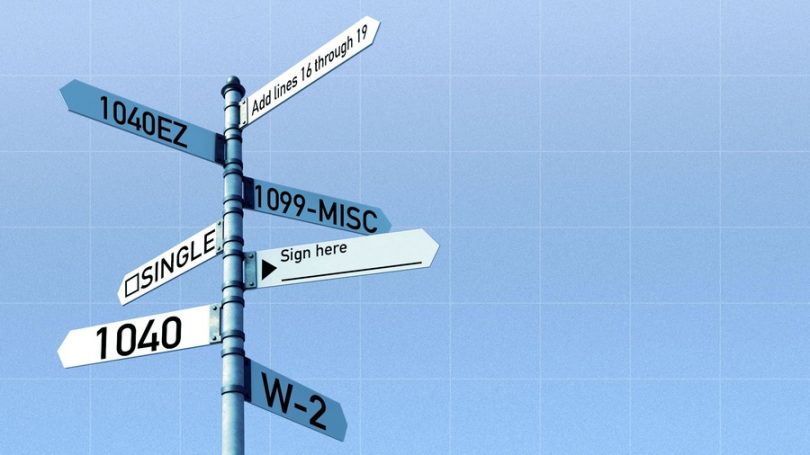 WASHINGTON DC: This year’s tax season is shaping up to be a gnarly one. The IRS has agreed to give Americans an extra month to file their taxes — but that’s barely going to be enough to help them and their accountants when it comes to navigating the new code.

Why it matters: The U.S. tax filing system is painful and complex — largely by design.

State of play: The new changes to the tax code include everything from health care costs to the child tax credit — all happening during a year when the pandemic caused millions of Americans to have more complex financial lives than usual, thanks to job losses, unemployment insurance, stimulus checks, and the like.

Tax season also might be the first time that people find out they’ve been the victim of unemployment fraud.

What they’re saying: This year “really has been much more complicated” than usual, says Julio Gonzalez, CEO of Engineered Tax Services. “We weren’t sure if stimulus checks would be taxable. We had so many individual changes. It’s been very challenging.”

Details: The code changes need to be turned into explicit guidance from the IRS, and reflected in updated tax-filing software. None of that has happened yet. The updated software is expected to arrive in the coming week, although that just applies to federal taxes. State and local taxes are still in a gray zone — and it’s not even clear that all states will follow the feds’ lead and allow an extension to May 17.

The extension gives accountants time to start reading through the new IRS guidance for 2020, to train up their staff, and to make good estimates for how much tax will be due.

While estimated payments are due in May, final returns can now be filed in October, at which point there should be a lot more clarity at both the federal and state level.

The big picture: Tax filing can be simple, free, and automatic. Countries like the U.K. and Spain have “return-free filing” for most taxpayers where they don’t need to file anything at all.

The government knows its own tax code and knows how much you’ve earned, which means that for most normal employees it should be able to work out how much they owe on its own.

There are two reasons why the U.S. is an exception:

Intuit, the parent company of TurboTax, has waged a hugely successful multi-decade lobbying campaign to prevent the government from making tax filing simple. Some anti-tax Republicans think that simplifying the payment of taxes will make them less salient in the minds of voters, and thereby make voters less keen to cut them.