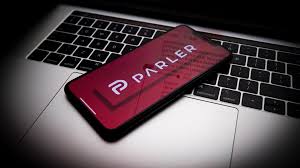 Parler, the controversial social media app popular among conservatives, is back on the Apple App Store after being booted for its content moderation policies.

Context: Parler was kicked off the App Store after Apple deemed its content moderation policies inadequate in the wake of the January 6 Capitol riot.

Why it matters: Apple is under increasing antitrust scrutiny for its control of the App Store, and right-wing users along with Republican members of Congress had argued they were being silenced by the phone giant.

Flashback: Apple told Parler its content moderation and hate speech policies were adequate, and it would be allowed back on the App Store in April.

What they’re saying: “Parler has and will always be a place where people can engage in the free exchange of ideas in the full spirit of the First Amendment,” Parler’s interim CEO, Mark Meckler, said. “The entire Parler team has worked hard to address Apple’s concerns without compromising our core mission.”