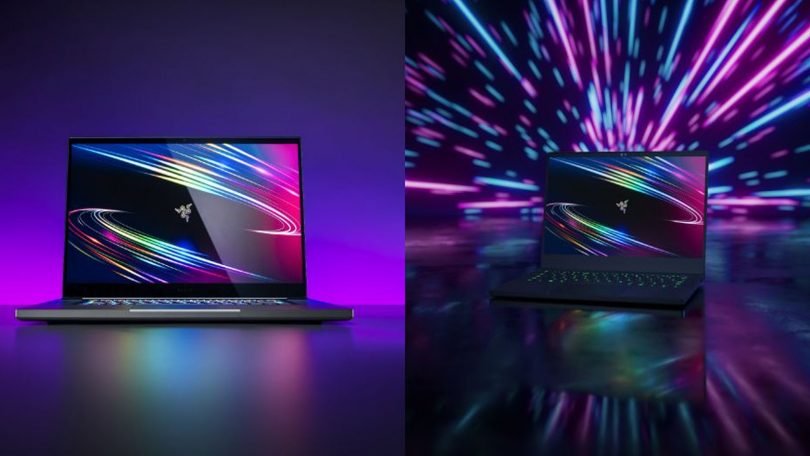 Razer makes some of the best thin and light gaming notebooks, including the Blade Pro 17 and the Stealth 13, but which of the two would suit you best?

The Razer Blade Pro 17 is a high-performance notebook designed to delight PC gamers and content creators, while the Blade Stealth 13 is a sleek and light hybrid for gamers and remote workers. There are core differences between the two, but each is slim, light, and built for a mix of work and play. They’re both offered in different configurations to meet different budgets, but the Razer Blade Pro 17 scales up in specs well beyond the Stealth 13.

With the Razer Blade Pro 17, it’s all about creation power. It features a large 17.3-inch screen, a powerfully multi-threaded Intel 10th generation processor, and Nvidia RTX 30-series GPU. Despite remaining quite thin at 0.78 inches, all of that hardware carries weight — 6.06 pounds of it. The Blade Stealth 13, on the other hand, is also capable of some creation but puts much more of an emphasis on portability with its pared-back specs, 13.3-inch screen, and 3.11-pound weight.

The base model Razer Blade Pro 17 comes with a blisteringly fast 360Hz FHD display, an Intel Core i7-10875H with 8 cores and 16 threads, and an Nvidia RTX 3060. The base model Stealth 13, meanwhile, comes with a standard 60Hz FHD display and operates on a more recent but scaled back Intel Core i7-1065G7 with half the number of cores and threads, and an Nvidia GTX 1650 Max-Q GPU. Both models come with 16GB of memory and a 512MB SSD. The increased size on the Blade Pro 17 also allows it to have much better connectivity with three USB Type-A ports, USB Type-C, Thunderbolt 3, and even a built-in SD card reader. The entry-level Stealth 13, on the other hand, offers only two USB Type-A ports and a single Thunderbolt 3. The two models also have dramatic differences in price with the Pro 17 starting at $2299 and the Stealth 13 at only $1599. Upgrading to the second tier Stealth at $1699 helps close this gap with a 120Hz screen, additional USB Type-C header, and THX Spatial Audio.

Clearly, the Razer Blade Pro 17 is the more powerful and capable machine and is a much better fit for gamers and content creators. Its improved GPU and processor allow it to handle modern games with ease and even stream them to Twitch or YouTube. The added connectivity also means connecting external peripherals like a gaming mouse and headset is a breeze and the larger display makes working in creative apps like Adobe Photoshop much easier, with it calibrated for accuracy right out of the box. The Pro 17 is also user-upgradeable, so adding more memory and storage is also possible. The added weight makes it slightly less portable, however, and the much higher price tag should give potential buyers pause for thought — those that don’t plan on regularly gaming or using taxing applications may find the extra capability and money wasted.

The Razer Blade Stealth 13, on the other hand, is better for users who want a smaller notebook that does a little bit of everything. The GTX 1650 won’t compete with the RTX 3060 in the Pro 17, but it’s certainly capable of playing games with reduced settings, editing photos, and even editing 1080p video. The Stealth can also be upgraded to an OLED or even a 4K touch screen for improved visuals. Unlike the Pro 17, the Stealth 13 isn’t user upgradeable and every configuration features the same amount of memory and storage. Despite this limitation, even the highest-tier of this notebook comes in $200 cheaper than the entry-level Pro 17.

Both models have a lot going for them. The Razer Blade Pro 17 is targeted at users who demand only the best and has options that scale up to 1TB of storage, 32GB of RAM, and the best mobile GPU on the market. The Blade Stealth 13, on the other hand, focuses more on size and portability. It has enough power for most games and creative apps availability today but does lock users into whatever configuration they decide to buy upfront.