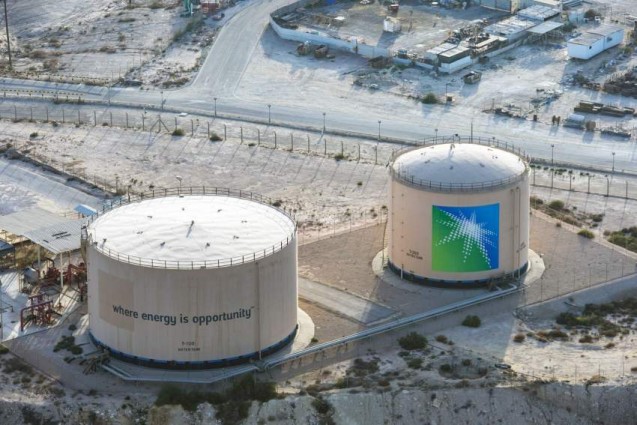 Aramco said its net profit rose to $21.7 billion in the first three months of the year, compared to $16.7 billion in the same quarter of 2020, owing to a stronger oil market and higher refining and chemicals margins.

The bumper results follow strong profits posted last month by major oil firms — from American giants ExxonMobil and Chevron to Britain’s BP and France’s Total — as a recovery in crude prices fuelled their rebound from the pandemic.

“The momentum provided by the global economic recovery has strengthened energy markets,” Aramco chief executive Amin Nasser said in a statement.
“Given the positive signs for energy demand in 2021, there are more reasons to be optimistic that better days are coming. And while some headwinds still remain, we are well-positioned… as economies start to recover.”

The first quarter profit beat a forecast of around $20 billion by RBC Capital Markets, which said the results highlight “Aramco’s leverage to rising commodity prices”.

Aramco declared a dividend of $18.8 billion for the first quarter. That is in line with the company’s plan to pay an annual dividend of $75 billion — a key revenue source for the government, Aramco’s biggest share holder.

Saudi Arabia is currently seeking to monetise its energy assets, as it explores new revenue streams to fund its ambitious diversification drive.

Last month, Aramco said it had struck a $12.4-billion deal to sell a minority stake in a newly formed oil pipeline business to a consortium led by US-based EIG Global Energy Partners.

Long seen as the kingdom’s “crown jewel”, Aramco and its assets were once tightly government-controlled and considered off-limits to outside investment.

But with the rise of Crown Prince Mohammed bin Salman, Saudi Arabia’s de facto ruler, who is accelerating efforts to implement his “Vision 2030” reform programme, the kingdom has shown readiness to cede some control.

In late April, Prince Mohammed said Saudi Arabia, the world’s top crude exporter, was in talks to sell one percent of Aramco to an unnamed foreign energy firm.
Aramco previously sold a sliver of its shares on the Saudi bourse in December 2019, generating $29.4 billion in the world’s biggest initial public offering.

The energy giant could announce another offering of shares to international investors within the next year or two, the prince said.

In a major new diversification push in March, Saudi Arabia announced plans to pump investments worth $3.2 trillion into the national economy by 2030, roping in the kingdom’s biggest companies including Aramco.

Under a programme named “Shareek”, or partner, Aramco and other top Saudi companies will lead the investment drive by contributing five trillion riyals ($1.3 trillion) over the next decade, Prince Mohammed said.