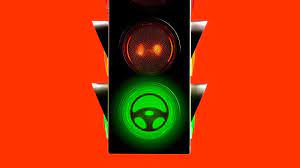 WASHINGTON (Axios): The U.S. has taken a hands-off approach to regulating self-driving cars, hoping to help the market thrive — but that approach could ultimately backfire, if it helps sow doubt about the technology’s safety.

Driving the news: The U.S. auto safety agency is investigating 28 crashes of Tesla vehicles. And with no clear rules or accountability, these incidents risk undermining public confidence in a technology that’s supposed to help the U.S. keep its global competitive edge.

The big picture: “The truth is technology has been developing maybe faster than policy in this regard,” Transportation Secretary Pete Buttigieg told Axios.

“We’ve got a lot of very detailed authorities for regulating where a mirror ought to go. They don’t even contemplate a scenario where we’re talking about sensors doing the work that mirrors or human beings used to.”

Between the lines: Perceptions of self-driving technology are also moving faster than the technology itself, and simple hype may be contributing to the vehicles’ growing record of high-profile crashes.

“One of the biggest things for us is just making sure that consumers understand what these technologies are for and what they’re not for, at least not yet,” Buttigieg said. “That’s where language really matters.”

Reality check: There are no truly self-driving cars available for purchase today, only cars with driver-assist technologies. And some critics say Tesla — which has an outsized influence in this market — is overselling its features in a way that might give consumers the wrong idea and lead to crashes.

“Autopilot” is a misnomer: the technology is a form of enhanced cruise control. Drivers still need to keep a hand on the wheel and pay attention at all times. But they often don’t.

The National Transportation Safety Board last year slammed Tesla and the federal government for failing to prevent “foreseeable abuse” of Autopilot technology.

“We fear safety concerns involving these vehicles are becoming a pattern, which is incredibly worrisome and deserves your undivided attention,” they wrote in a letter to NHTSA Acting Administrator Steven Cliff.

What’s next: Despite these high-profile incidents, the march toward self-driving vehicles is still moving quickly. Another pair of senators — Democrat Gary Peters and Republican John Thune — are hoping to speed the commercial use of automated vehicles, Reuters reported.

The pair is working to attach AV legislation to a bill to be taken up this week by the Senate Commerce Committee that would provide $100 billion for R&D to maintain U.S. competitiveness with China.

The change would allow NHTSA over three years to permit up to 80,000 self-driving cars per automaker, up from 2,500 today.