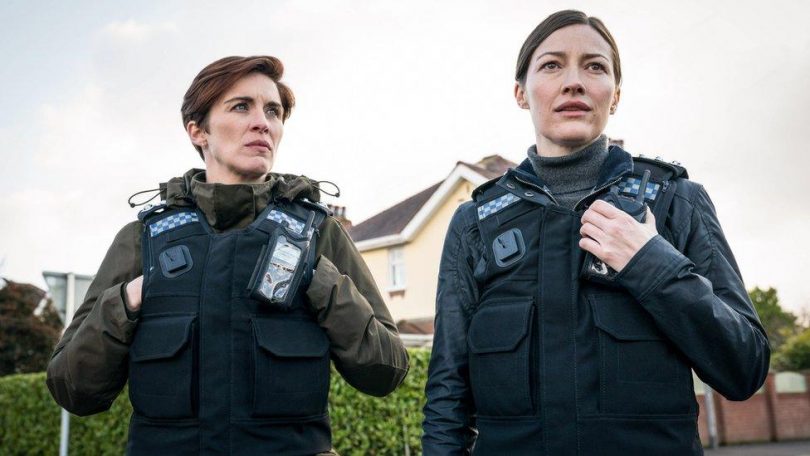 Sunday’s return of Line of Duty attracted the biggest audience in the BBC One police drama’s history, according to overnight figures.

The opening episode of series six was watched by 9.6 million viewers.

That surpassed the show’s previous record of 9.1 million for the finale of series five in 2019.

Critics largely praised the first episode, with The Guardian’s Lucy Mangan describing it as “just as good, if not better, than ever”.

Giving it four stars out of five, she wrote: “The sixth series opens as strongly as ever.

“If it can hold to its successful formula without tipping into parody, if it can find its way back from the H debacle, and if it can weave its customarily masterful narrative spell without tying itself or us in knots – well, then we’ll all be sucking diesel.”

“On this early evidence, this year’s offering has more in common with the show’s early years,” she wrote.

“The opening scenes were reminiscent of series two (the Keeley Hawes season, possibly the best of them all) as a call came into the station with some urgent information.”

The exploits of the fictional AC-12 anti-corruption unit have gripped audiences ever since Jed Mercurio’s drama first hit screens in 2012.

Vicky McClure (DI Kate Fleming), Martin Compston (DS Steve Arnott) and Adrian Dunbar (Superintendent Ted Hastings) all return, and are joined this year by Kelly Macdonald as DCI Joanne Davidson, who is leading the investigation into the murder of a TV journalist.

Singh continued: “Much of its success hangs on the performances of its guest stars like… Hawes and [Stephen] Graham, and the superb Lennie James in series one. It’s too early to say if Kelly Macdonald will be among the greats; she has clearly been told to play Davidson as enigmatic. Mercurio… looks to have given Macdonald an intriguing backstory.”

“After the more outlandish conspiratorial shenanigans of series five, the first episode of series six returns to what Line of Duty does best: dodgy coppers, tense action and characters who communicate almost exclusively in acronyms.”

He welcomed the arrival of Macdonald, who has previously starred in Trainspotting, Gosford Park and Giri/Haji. “With her signature mix of sweetness and guile, Macdonald is smart casting for a role that will no doubt toy with our sympathies.”

But Carol Midgley, writing in The Times, was less enamoured and could only muster two stars.

“As a fan girl, it grieves me to sound like a disappointed bride on her wedding night. But… was that it?” she wrote. “Am I missing something or was last night’s opener wilfully turgid? It rarely moved out of second gear.

“Obviously the weight of all those acronyms made it stagger somewhat but that’s normal; it’s the signature self-parodic in-joke. But where was the blow-you-away plot twist?”

She wrote: “Opening with a nerve-shredding set piece, an enigmatic central character and a fusillade of acronyms and police-speak (who or what is a chis? What’s the PNC? Is 1A on the matrix good or bad? I have precisely no idea, and that’s part of the fun), this had all the hallmarks of a classic Line of Duty opener, but never felt like a case of bent coppers-by-numbers.

“In the best way, it recalled the first episode of the show’s superlative second series: could Macdonald’s intriguing, softly-spoken Davidson become an anti-hero to rival Keeley Hawes’ Lindsay Denton?”

Fans of the show – including BBC Breakfast’s Dan Walker and Pointless presenter Richard Osman – joked about the use of acronyms.

The BBC is not responsible for the content of external sites.