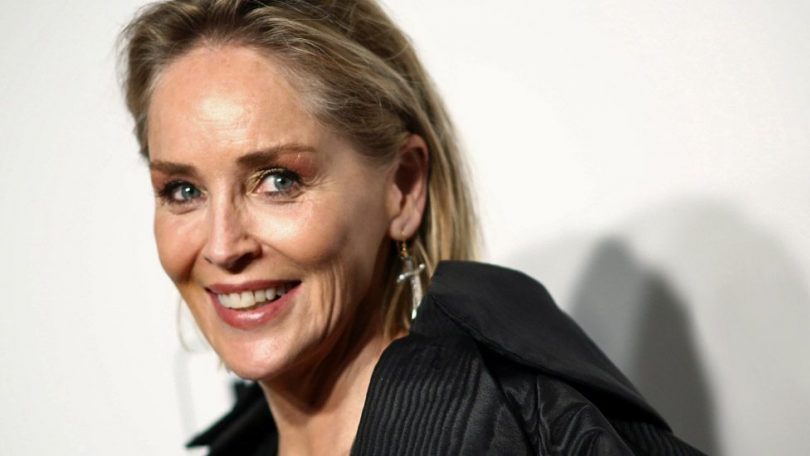 Actress Sharon Stone has detailed the highs and lows of her life in an autobiography that contains more drama than one of the Hollywood thrillers she’s known for.

The book’s title, The Beauty of Living Twice, refers to the second chance she received after suffering a stroke and brain haemorrhage in 2001.

The memoir also recalls her tough upbringing in Pennsylvania, where she had a love-hate relationship with parents who would sometimes beat her, and she reveals abuse perpetrated by her grandfather.

In the 1990s, she became one of Hollywood’s biggest stars thanks to roles in films like Total Recall, Basic Instinct and Casino.

The book, which was published in the UK on Thursday, reveals the tough survivor behind the image of the glamorous movie star. Here are five pivotal moments.

Stone dedicates the book to her mother but says her love for her parents only really came later in life. When she was a child, her mum “slapped me into the next week” if the young Sharon “sassed” her, and she would “get the crap strapped out of me with a belt” by her dad.

Her recollections of her maternal grandparents are more disturbing, describing an occasion when, at the age of eight, she saw her grandfather Clarence abusing her five-year-old sister while their grandmother blocked their exit.

He died when Sharon was 14, and she describes “the bizarre satisfaction” of poking him to make sure he was dead.

She tapped into the “rage” he had caused when she played a serial killer in her breakthrough role in 1992’s Basic Instinct. She writes: “Letting myself process that rage was magnificent, and I think letting others feel that release was a bit therapeutic for the audience. I know it’s not just me.”

Stone’s character seduces the detective pursuing her, played by Michael Douglas, and a scene where she crosses her legs during an interrogation soon became infamous.

But she writes that she was asked to remove her underwear during filming because “the white is reflecting the light” but that the viewers “can’t see anything”. She didn’t discover that they could, in fact, see quite a lot until she was called in to a screening filled with agents and lawyers.

“Now, here is the issue. It didn’t matter anymore. It was me and my parts up there. I had decisions to make,” she writes. “I went to the projection booth, slapped Paul [Verhoeven, the director] across the face, left, went to my car, and called my lawyer.”

Her lawyer told her that shot wasn’t legal, but she wrestled with the fact she had fought hard for the part and Verhoeven had fought for her to get it.

“I did have choices,” she wrote. “So I thought and thought and I chose to allow this scene in the film. Why? Because it was correct for the film and for the character; and because, after all, I did it.”

But she didn’t have a choice about what happened when she needed surgery after benign tumours were found in her breasts in 2001. “My plastic surgeon thought that I would look better with bigger, ‘better’ boobs,” she writes.

“I left there bandaged, and when unbandaged, discovered that I had a full cup-size bigger breasts, ones that he said ‘go better with your hip size – I’m certain you look better now.’

“He, in all of his self-determined knowledge, had changed my body without my knowledge or consent.”

4. ‘Going towards the light’

She says that surgery indirectly led to more serious health problems when she suffered a bleed on her brain and a stroke.

She recounts how she was in hospital when she “suddenly felt everything moving strangely, as if the film of my life were moving through a camera backward. Fast”.

She experienced “a feeling of falling, and then as though something were overtaking me, body and soul, followed by this tremendous, luminous, uplifting whiteout pulling me right out of my body”.

Then she was suddenly awake in the emergency room. She says she had a 1% chance of survival, and recently told the New York Times that “when you literally slab out on a table, you have to ask yourself a few questions”.

“I wanted to review my life and ask myself, why did you push yourself without listening to yourself? What part of your listening device got so fractured or broken that you didn’t see where you were headed? The book is the big questions.”

In 1996, Stone was nominated for best actress at the Academy Awards for her role in 1995’s Casino. Co-star Robert De Niro “taught me more by the example of his incredible work ethic than any other actor”, she writes, while Martin Scorsese was “the greatest director of my life”.

In 2002 – after her health scare – she was asked back to the Oscars to present an award with John Travolta. She had only just regained her ability to walk but was still suffering sight, speech and hearing difficulties. But she was determined not to let the world see.

“I floated down that stage and looked into the faces of all of my talented, amazing fellow Academy members,” she writes. “They were smiling, laughing, and digging the moment. All of us uplifted. They didn’t need to know why.”