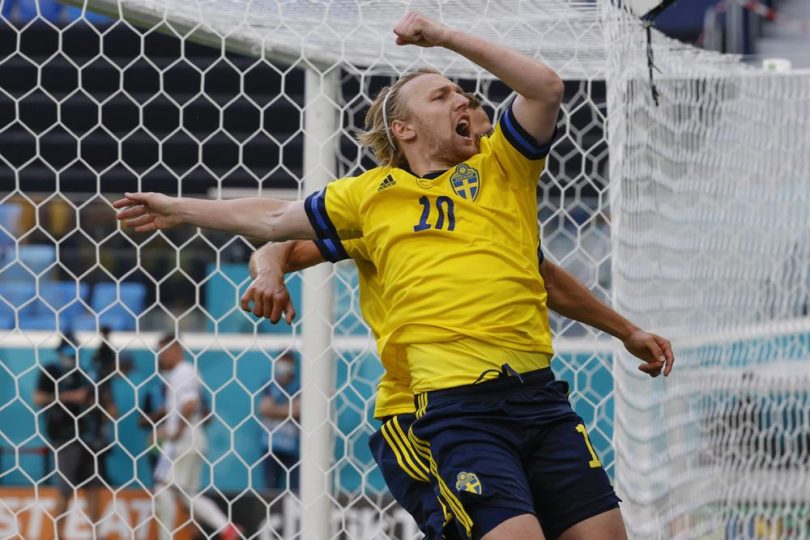 The Sweden midfielder converted a 77th-minute penalty Friday to give his team a 1-0 victory at Saint Petersburg Stadium, putting the Swedes on the brink of the knockout stage.

Slovakia goalkeeper Martin Dubravka brought down substitute Robin Quaison as the striker ran in on goal from Alexander Isak’s deft flick. Dubravka dived the correct way on Forsberg’s penalty but couldn’t keep it out.

Sweden has four points in Group E, and that could be enough to advance to the round of 16. Slovakia has three points after opening with a 2-1 victory over Poland.

There was only one shot on target in the first half and the referee blew the whistle for halftime without any stoppage time.

Sweden, perhaps having sized up Slovakia’s limited threat, exerted more pressure in the second half and left back Ludwig Augustinsson’s header forced Dubravka to make a flying, one-handed save.

Isak, Sweden’s most dangerous attacker, grew into the game. After heading just over, he embarked on a mazy dribble to the left and then back inside before his powerful shot was turned away by Dubravka.

The goalkeeper spoiled his performance by coming off his line too slowly to challenge Quaison, who went down under the slightest contact.

Forsberg, quiet up to the that point, made no mistake with the best chance of the match.