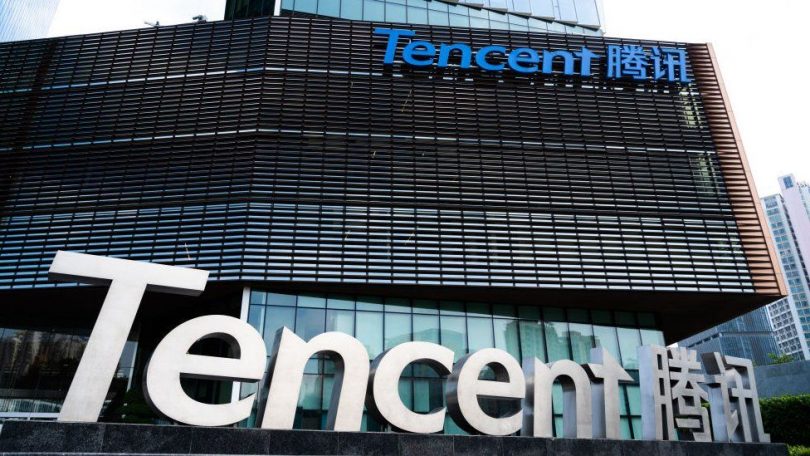 By Monday, Tencent had shed more than $60bn (£42bn) from its market value as its share price slid over concerns of greater regulator scrutiny.

Media reports suggest that rival tech giant Alibaba may have to sell some of its media assets under the crackdown.

Chinese regulators have signalled a tougher approach towards tech firms.

China’s State Administration for Market Regulation (SAMR) on Friday said it had fined 12 companies over 10 deals that violated anti-monopoly rules.

The companies included Tencent, Baidu, Didi Chuxing, SoftBank and a ByteDance-backed firm, the SAMR said in a statement.

Investors appear to be worried that Tencent could be the next company in the crosshairs of China’s regulators, who have taken an increasing interest in how major tech companies operate.

According to state broadcaster CCTV, China’s President Xi Jinping ordered regulators on Monday to step up their oversight of internet companies, crack down on monopolies and promote fair competition.

In October, Chinese regulators stepped in to block the share market launch of Alibaba-backed Ant Group, which was tipped to be the year’s biggest.

Alibaba founder Jack Ma is revered in China as one of the country’s most-successful entrepreneurs. However, his fortunes have suffered since he spoke out against China’s regulatory approach to the finance technology sector.

Since then, regulators have launched an anti-monopoly investigation against Jack Ma’s Alibaba, which is China’s largest e-commerce platform.

Tencent is one of China’s biggest tech companies, with more than a billion users on its WeChat messaging platform. Its founder Pony Ma is among China’s wealthiest men.

Tencent is also a major player in China’s market for digital payments, with its payments app WeChat Pay competing against Ant Group’s AliPay for market share.

Media reports suggest both Ant and Tencent may be required to set up separate holding companies to include their banking, insurance and payments services.

Gaming is one of Tencent’s most profitable businesses, and the company also has investments in music and movies.